The CPS has 14 Areas across England and Wales - the CPS Wessex Region consists of the counties of Dorset, Hampshire and the Isle of Wight and Wiltshire.

Emma Tebbutt, the Area Business Manager has responsibility for Business and Operational Delivery functions across the region.

We currently employ 219 members of staff, including lawyers, paralegals, administrators and specialist staff.

We also have a team of in-house Crown Advocates and court support legal staff covering the three counties. 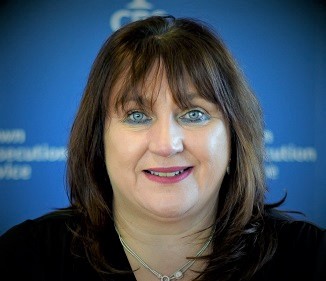 Suzanne Llewellyn was appointed as Chief Crown Prosecutor for CPS Wessex in May 2021.

Suzanne started her career with CPS in the West Midlands, as a legal trainee in 1991, following the completion of her Law degree at the University of Wolverhampton.

Since becoming a manager, Suzanne has had the privilege of leading Magistrates' Court, Crown Court and Rape and Serious Sexual Offences Teams in West Mercia and Warwickshire before becoming a Senior Legal Manager and then Deputy Chief Crown Prosecutor for the West Midlands Area encompassing the West Midlands, Staffordshire, West Mercia, Warwickshire and the work of the national British Transport Police, making CPS West Midlands the largest CPS Area in the country dealing with County, Metropolitan and National Forces.

Suzanne has held the portfolio for Violence Against Women and Girls and for Victims and Witnesses, for a number of years, ensuring that victims are placed at the heart of the Criminal Justice System. While Deputy Chief Crown Prosecutor of the Complex Casework Unit for CPS West Midlands, Suzanne led the development of an Organised Crime and Serious Violence Unit to tackle homicide, organised crime, human trafficking, criminal use of firearms, urban street gangs and 'county lines' drug trafficking.

Suzanne was awarded an Honorary Fellowship by The University of Wolverhampton in 2020 in recognition of her commitment to working with local schools, colleges and universities to ensure the legal profession is seen as an inclusive, diverse, attainable career of choice for all. This award also reflected Suzanne’s commitment to protecting women through her work under the Violence Against Women and Girls portfolio.

Suzanne is delighted to bring her extensive experience and knowledge in all aspects of the Criminal Justice System to CPS Wessex. Suzanne is passionate about keeping the communities of Dorset, Hampshire and Isle of Wight, and Wiltshire safe by providing a high quality public service. 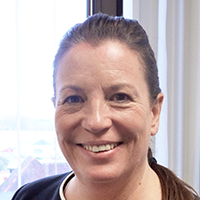 Sophie joined the CPS in 2006 leaving her work as a defence solicitor having qualified and worked in Hong Kong.

Before taking up her post as Deputy Chief Crown Prosecutor, she was the Senior District Crown Prosecutor and Head of Complex Casework Unit and Rape and Serious Sexual Offence Unit. She is the Area lead for Disclosure and also the International Casework Lead.

Sophie has led Wessex in the RASSO Tri-force action plan and is committed to improving our service to all. In her spare time she enjoys open water sea swimming (all year round) and enjoys life in Portsmouth with her partner and their two dogs.

Emma has been Area Business Manager for CPS Wessex since October 2018.

Emma's civil service career began in 2000, with the Department of Work and Pensions (DWP) as an advisor to the long-term unemployed. She then worked in operational lead roles, including time with the Disability Employment Strategy team with the DWP in London.

Further roles followed, including Partnership Manager for one of the most deprived boroughs in London, supporting a smooth transition of Welfare Reforms and working to support young people in the borough affected by gang issues.

She joined the CPS in September 2018.

Our Crown Court team is mainly based at our offices in Eastleigh. They are responsible for dealing with cases involving serious offences which have to be tried by a jury, or where the magistrates’ courts do not have sufficient sentencing powers for the seriousness of the crime.

Casework includes murders, robberies, serious assaults, dwelling house burglaries, complex fraud, the supply and trafficking of drugs, and the most serious road traffic offences, especially those that result in a fatality.

Our magistrates’ court team is mainly based at our Portsmouth Offices, with two support teams based at our Chippenham and Eastleigh offices. They are responsible for prosecuting a wide range of offences, generally those for which the maximum sentence is six months' imprisonment.

Our Rape and Serious Sexual Offences (RASSO) Unit is a dedicated specialist team which prosecutes cases such as rape, serious sexual assaults and child abuse. The lawyers in this team, which is based in our Portsmouth office, are all specially trained and fully understand the sensitivities of prosecuting cases of this nature.

The CPS Wessex Complex Casework Unit handles our most serious and high profile cases. These can include murders, large-scale child abuse or abduction.

Local Scrutiny and Involvement Panels provide the opportunity for local communities to work with us to improve our response to hate crime, domestic abuse and rape and serious sexual assault conviction rates, ensuring that lessons are learnt and good practice identified.

Current priorities focus on securing an increase in the number of offences brought to justice, caring for victims and witnesses of crime and improving public confidence in the criminal justice system.

The Chief Crown Prosecutor, amongst other staff, sits on each board alongside the police, probation, prison service and court service.

There will inevitably be some circumstances when the prosecution has to make a decision to discontinue or substantially alter a charge in a case.

When this happens we will tell victims what we have done and why. In some of the more serious cases we will offer to meet the victim to explain our decision.

Victims have the right to request a review of a decision to discontinue proceedings or offer no evidence in a case.

The Area Communications Manager only deals with queries from member of local media.

Please note if you have sent this email from any account other than a CJSM account we will not respond electronically to your request. Further information on CJSM.

Request for disclosure in relation to first hearing or any queries about first hearing cases FirstHearingMags.Wessex@cps.gov.uk.cjsm.net

Request for anything in relation to ongoing cases or matters being adjourned in the Magistrates' Court CaseProgressionMags.Wessex@cps.gov.uk.cjsm.net

Gateway team: Deals with volume cases anything up to a four day (included) trial estimate.
Allocated team: Custody cases, anything with a trial estimate in excess of four days.
Wessexcrowncourtunit@cps.gov.uk.cjsm.net