The CPS operates across England and Wales, with 14 regional teams prosecuting cases locally. Each of these 14 CPS Areas is headed by a Chief Crown Prosecutor, and works closely with local police forces and other criminal justice partners. Find out who’s who in your Area, and read more about local cases.

Our Central Casework Divisions deal with some of the most complex cases we prosecute, including international justice and organised crime; special crime; terrorism and serious and complex fraud.

In addition, CPS Proceeds of Crime is a dedicated division responsible for all restraint, enforcement and serious confiscation work.

Chief Crown Prosecutor Malcolm McHaffie has overall responsibility for CPS Direct, and reports to the Director of Public Prosecutions. 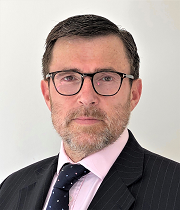 Malcolm joined the CPS in 1992 as an advocate and reviewing lawyer in the London Area. He worked across both magistrates’ courts and Crown courts, covering cases including homicide, fraud, rape and serious sexual offences, child abuse and more.

In 2000 he joined Inland Revenue to prosecute serious tax fraud, later moving to the Revenue and Customs Organised Crime Unit when Revenue merged with Customs. Malcolm then spent 18 months as a Deputy Chief Crown Prosecutor for CPS Fraud Division before taking on the same role in the Special Crime and Counter Terrorism Division.

In 2015 he returned to London as a Deputy Chief Crown Prosecutor for complex casework, before joining the CPS Proceeds of Crime Division in 2019.

In May 2021, Malcolm joined CPS Thames and Chiltern as Chief Crown Prosecutor while the permanent CCP, Jaswant Narwal, was on a secondment. 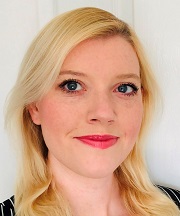 Ceri first joined the CPS as the Area Business Manager (ABM) for the South East in April 2020, she then moved to CPS Direct in October 2022; with overall responsibility for the Operational Delivery and Business Operations.

Ceri’s career in the Civil Service began in 2015 when she joined as a Fast Track Apprentice in Business and Business Administration. She initially worked in projects and recruitment within Her Majesty’s Revenue and Customs (HMRC) based in Cardiff. She then moved to the Operational Delivery Profession (ODP) cross-government team, supporting the 250,000 civil servants within the profession. This national team focused on supporting capability building, qualifications, apprenticeships, community building and talent management of the largest profession in government. In 2018, she was promoted to Head of Business Management and Private Secretary, where she led on a wide variety of elements such as business planning, private office, finance, secretariat and governance.

Following completion of her apprenticeship, she elected to study first a Postgraduate in Advanced Leadership and latterly a Masters in Strategic Leadership in Management and is now a proud to be a Fellow of the Chartered Management Institute (CMI), and a Member of the Chartered Institute of Personnel and Development (CIPD) remaining very committed to Continuous Professional Development (CPD) for both herself and her teams. She is now the National Apprenticeship Champion for the CPS.

Our Central Casework Divisions deal with some of the most complex cases we prosecute. They work closely with specialist investigators from a range of organisations, including the National Crime Agency, HM Revenue & Customs and the Independent Police Complaints Commission, as well as police forces across England and Wales.

The specialist divisions, each headed by a Head of Division (equivalent to a Chief Crown Prosecutor), are:

To contact your local CPS Area or CPS Direct by phone, email or post, please find the details by selecting the relevant Area on this page. To contact the CPS generally, give feedback or make a complaint, please see our Contact page. To report a problem with this website (only), please email the CPS Webmaster.