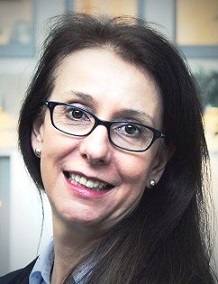 As head of our out-of-hours charging service CPS Direct, I frequently encounter society at its most dangerous and desperate - particularly when it comes to domestic abuse.

But what stands out to me among all this anguish is not the abuse and the violence but the resilience and courage of the women and men who speak out to report this crime.

There is no greater job satisfaction for me and my team than knowing we have played our part in protecting victims and their families from harm and helping them move on with their lives.

However, we also recognise the anxieties faced by victims in going through the criminal justice process and the need to improve outcomes for them and their families.

Domestic abuse makes up a large proportion of our workload, with my team receiving up to 70 calls an hour for charging decisions at peak times.

In the first quarter of 2020 - covering the first lockdown - domestic abuse accounted for 52% of our caseload.

This crime occurs amongst people of all backgrounds and ages. Although mostly committed by men against women, victims can also be male and abuse happens within same-sex relationships.

Domestic abuse does not always have to be physical to be prosecuted - sometimes victims may not even be aware it is happening.

It can include any behaviour deployed by an offender to obtain control or power over another, and we recognise that emotional abuse can be just as harmful as physical violence.

But even when a victim has reported abuse to the police, there are complex reasons they may not see through a prosecution - love, shame, guilt, isolation, fear of the process and language barriers to name just a few.

The level of victim attrition is one of the reasons these cases can be difficult to prosecute. That is why we are working so hard at the CPS and across the criminal justice system to improve the experience and provide protection for these victims and their children.

Our Domestic Abuse Best Practice Framework, adopted in 2019, brought together successes and insights from across the criminal justice system.

It emphasised that victims feel more confident with Independent Domestic Violence Advisor support and appropriate use of special measures, such as giving evidence behind screens or via live link, are considered in each case.

There is also common misconception that complainants ‘press charges’ against perpetrators but that is not how the system works in this country.

While victims are rightly at the centre of everything we do, the CPS prosecutes on behalf of the Crown and for the good of the wider public.

That means we can prosecute domestic abusers without the support or direct involvement of victims through ‘evidence-led prosecutions’ - for example relying on witness accounts or CCTV footage.

However, the onset of COVID-19 and concerns about the impact of lockdown on domestic abuse victims have heightened our sense of urgency and purpose in understanding why prosecutions have reduced in recent years.

To address this, we have developed a 12-month programme which aims to:

Strategic partnerships and public confidence will be essential to achieving these goals, so we will be working throughout the coming months to share best practice and achieve justice outcomes for all.

What is Domestic Abuse?

Domestic abuse, or domestic violence, is defined across Government as any incident of controlling, coercive or threatening behaviour, violence or abuse between those aged 16 or over who are or have been intimate partners or family members, regardless of their gender or sexuality.

The safety of victims and children in addition to the defendant's accountability are important to the CPS when prosecuting cases of domestic abuse. As such the CPS applies its guidelines on domestic abuse to all cases of current or former partner or family abuse irrespective of the age of the defendant or the victim.

Who are counted as family members?

Family members are defined as mother, father, son, daughter, brother, sister and grandparents whether directly related, in-laws or step-family. However, this is not an exhaustive list and may also be extended to uncles, aunts and cousins etc.

What are the types of abuse?

‘Domestic abuse’ covers a range of types of abuse, including, but not limited to, psychological, physical, sexual, financial or emotional abuse. ‘Domestic abuse’ can be prosecuted under a range of offences and the term is used to describe a range of controlling and coercive behaviours, used by one person to maintain control over another with whom they have, or have had, an intimate or family relationship.

Domestic abuse is rarely a one-off incident and is the cumulative and interlinked types of abuse that have a particularly damaging effect on the victim.

The ‘domestic’ nature of the offending behaviour is an aggravating factor because of the abuse of trust involved.

Men, women and children can all be victims of domestic abuse. Domestic abuse occurs amongst people of all ethnicities, sexualities, ages, disabilities, immigration status, religions or beliefs, and socio-economic backgrounds. The CPS recognises domestic abuse differs in severity between incidents, and more often than not, will increase in frequency and seriousness, having a cumulative impact on the victim/complainant.

The definition includes so-called 'honour' based violence, female genital mutilation (FGM) and forced marriage (see below), and is clear that victims are not confined to one gender or ethnic group.

The CPS Violence Against Women and Girls (VAWG) Strategy is an overarching framework to address crimes that have been identified as being committed primarily but not exclusively by men against women.

This CPS approach to VAWG crimes follows United Nations conventions which the UK government has ratified, and which inform the cross-government VAWG framework. However, the Annual Violence Against Women and Girls report published by the CPS includes data on all perpetrators and victims, irrespective of gender. The CPS is determined to secure justice for all victims, and recently reaffirmed our commitment to male victims.

‘Controlling or Coercive behaviour’ describes behaviour occurring within a current or former intimate or family relationship which causes someone to fear that violence will be used against them on more than one occasion, or causes them serious alarm or distress that substantially affects their day to day activities. It involves a pattern of behaviour or incidents that enable a person to exert power or control over another, such as isolating a partner from their friends and family, taking control of their finances, everyday activities like what they wear or who they see, or tracking their movements through the internet or mobile phone use.

Controlling behaviour is: a range of acts designed to make a person subordinate and/or dependant by isolating them from sources of support, exploiting their resources and capacities for personal gain, depriving them of the means needed for independence, resistance and escape and regulating their everyday behaviour.

Coercive behaviour is: an act or a pattern of acts of assaults, threats, humiliation and intimidation or other abuse that is used to harm, punish, or frighten their victim.

So-called ‘honour- based’ violence is a crime or incident committed to protect or defend the so-called honour of the family or community. The term can cover a collection of practices used to control behaviour within families or other social groups, in order to protect perceived cultural and religious beliefs or honour.  These crimes are included within the domestic abuse definition, but may also be carried out by people who are not partners or family members.

A number of offences can be committed in the context of honour-based violence and forced marriage, including common assault, GBH, harassment, kidnap, rape, threats to kill and murder. Examples of instances that might trigger a so-called ‘honour’ crime include someone becoming involved with a boyfriend or girlfriend from a different culture or religion, wearing clothes or taking part in activities that might not be considered traditional within a particular culture, or seeking a divorce.

Female Genital Mutilation (FGM) is a collective term for a range of procedures which involve partial or total removal of the external female genitalia for non-medical reasons. It is sometimes referred to as female circumcision, or female genital cutting. The practice is medically unnecessary, is extremely painful and has serious health consequences, both at the time when the mutilation is carried out, and in later life.

FGM has been classified by the World Health Organization (WHO) into four major types, all of which may be relevant to the offences arising under the FGM Act 2003:

Stalking and harassment occurs not only in a domestic abuse setting – people can be stalked by strangers or acquaintances too.

Stalking is a specific type of harassment, often described as a pattern of unwanted, fixated or obsessive behaviour which is intrusive, and causes fear of violence or serious alarm and distress. For example, a person following, watching or spying on someone else, or forcing contact with them through social media, might be considered as stalking.

Harassment offences involve a ‘course of conduct,’ or repeated actions, which could be expected to cause distress or fear in any reasonable person. This will often include repeated attempts to impose unwanted contact or communication on someone.

Read more about how the CPS is tackling Domestic Abuse

How to report domestic abuse

Domestic abuse is a crime and should be reported to the police – there are also other partner agencies listed below who can offer you help and support.

What is the CPS doing?

The CPS guidance on handling cases of domestic abuse sets out handling on all aspects of domestic abuse offending including the many ways in which abusers can control, coerce and psychologically abuse their victims. It recognises that there is no such thing as the 'perfect' victim.

The CPS has developed a proactive prosecution approach, which looks at how strong cases can be presented at court without the need for the victim to attend. This includes the use of technology such as police body worn video footage and 999 calls where appropriate.

We also work closely with Independent Domestic Violence Advisors (IDVAs) who support victims of abuse through the CJS.The CPS has trained domestic abuse prosecutors across England and Wales. Many Areas have Specialist Domestic Abuse Courts to deal with such cases.

There are a number of specialist support agencies which can provide assistance to victims in many areas of England and Wales. These may include: outreach workers, refuge provision, Women's Aid, Refuge, Victim Support Volunteers and Independent Domestic Violence Advisors (IDVAs). IDVAs work with victims who are at high risk from the initial point of crisis, throughout the court process and beyond.

Witness Care Units will also provide you with up-to-date information about how the case is progressing and ensure that your specific needs are considered throughout. 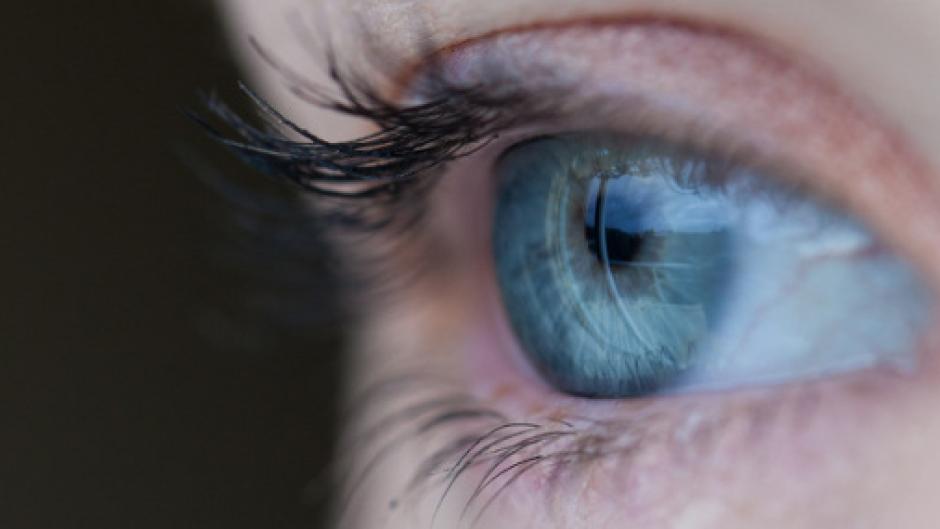 'Special measures’ can also be applied for and put in place during court proceedings to make the experience less traumatic for victims and witnesses. Where they are available, measures include:

The Code of Practice for Victims of Crime (Victims' Code) was introduced in 2006 and sets out the minimum levels of service which victims can expect from agencies that are signatories to it.

Violence against Women and Girls Guidance