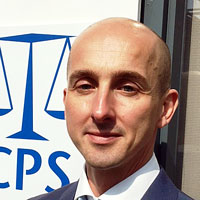 The term 'hate crime' can describe a range of criminal behaviour where the perpetrator is motivated by hostility or demonstrates hostility towards the victim's disability, race, religion, sexual orientation or transgender identity. A recent annual report from Galop, the LGBT+ anti-violence charity, found that 2 in 3 respondents had experienced anti-LGBT+ violence or abuse, and only 1 in 8 respondents reported their experiences to the police.

Hate crime is simply not acceptable. No-one should be subjected to fear or acts of crime because of who they are. As part of the criminal justice system, we must make sure that those who commit these crimes face justice. I am encouraged that CPS prosecution figures have never been stronger in this area. If a case reported to the police comes to the CPS for prosecution, the conviction rate for homophobic crime is 89.2% and for transphobic crime is 79.7%. Police reports of hate crime submitted to the CPS for charging are also showing a slight increase after declining in previous years. Whilst this is welcome, we need to keep fostering understanding of hate crime and how to report it and building public confidence to do so. With this mind, here are a couple of recent examples of positive outcomes which I would like to share with you:

In a recent West Midlands case, the defendant threatened a fare collector at a railway station before throwing his travel card at him and directing homophobic abuse at another member of staff. When he was arrested, he was found to be in possession of two knives. At the first hearing, he pleaded guilty to three public order offences and two charges of possessing a bladed article. He was sentenced to 12 months' imprisonment, suspended for one year, and his sentence was increased by two months to reflect the homophobic nature of the crime. 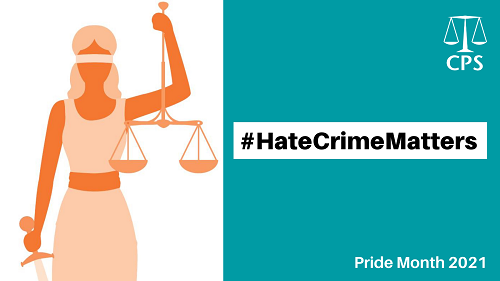 One key area of the CPS’ focus is transphobic crime, where the numbers of hate crime cases referred to us for prosecution remain low. This month the CPS convened a National Scrutiny Panel (NSP) on Transphobic Hate Crime, bringing together members of the Trans community, the police and relevant government departments to discuss a recent CPS casework file assessment to learn lessons and share best practice. The NSP is also helping us develop a springboard for further engagement with the Trans community to address concerns around reporting and levels of confidence.

I’m delighted to be handing the position on to my talented colleague Lionel Idan, Chief Crown Prosecutor for London South, who has worked for the CPS for the past fifteen years across a range of high-profile and stretching casework. Lionel wrote an article about hate crime for the Evening Standard last year. I am confident that under his leadership in this area the CPS will continue to work closely alongside our partners and communities in responding to hate crime and provide the strongest possible service to the public.

Hate crime
@cpsuk
We have made the decision to discontinue the prosecution of Mason Greenwood. A combination of the withdrawal of ke… https://t.co/bfBAsePcAv
We’re super proud of all our colleagues who have been shortlisted for the 2023 ODP Awards in the ODP Development, A… https://t.co/w6b09na1Ev
RT @CPS_Mersey: The CPS has authorised Merseyside Police to charge three men in connection with the murder of Ashley Dale in Old Swan in Li…
RT @ACVigouroux: Great to attend the CPS CAF this week and discuss key changes we would like to see to improve the experiences of victims a…
THREAD: This week we hosted a Community Accountability Forum to discuss our ongoing work to improve our service to… https://t.co/Yw7MjkkVLR
Navigate to tweet 0Navigate to tweet 1Navigate to tweet 2Navigate to tweet 3Navigate to tweet 4
Scroll to top
Close