CPS North East is currently maintaining core business functions, while doing all we can to minimise in-person contact.

CPS North East is currently maintaining core business functions, while doing all we can to minimise in-person contact.

The CPS has 14 Areas/Regions across England and Wales - the CPS North East Area consists of the counties of Northumbria, Tyne and Wear and Cleveland.

Ian Brown is the Area Business Manager, with overall responsibility for Business and Operational Delivery functions across the region.

We currently employ 279 staff across the region, working out of our Newcastle and Middlesbrough offices. 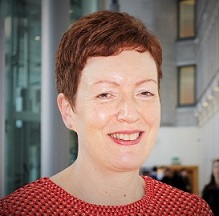 Tracy joined the Crown Prosecution Service in September 1986, initially working as a Law Clerk, based at the Old Bailey. After being called to the bar in November 1992, she worked as a Crown Prosecutor in courts across London. In 1995 Tracy became a Unit Head within the Criminal Justice Unit and then the Bristol Trials Unit at CPS Avon and Somerset, becoming one of the first employed Barristers to become a Higher Court Advocate in 2001. In 2004 she became the District Crown Prosecutor for CPS Hampshire and the Isle of Wight, before moving to Surrey as the temporary Chief Crown Prosecutor (CCP) in January 2007. In September 2007 she was appointed as the CCP for CPS Devon and Cornwall and became the Deputy CCP for CPS South West in 2011.

As a national trainer for the CPS, Tracy has developed training programmes for all CPS staff, before returning to her native North East as Deputy Chief Crown prosecutor in 2017.

Ian joined the CPS in 2008 as Senior Area Business Manager for Northumbria. He has a background in engineering and brings with him many years’ experience in senior leadership roles in the private sector.

Ian is responsible for the business functions of the Area, monitoring performance and overseeing staff management. Working alongside our Chief Crown Prosecutor Jan Lamping, his role is to ensure the appropriate resources are in place for the CPS to operate effectively and efficiently.

The Complex Casework Unit houses a team who work in collaboration with the police to tackle organised and serious cross border crime, and to robustly tackle and disrupt criminal enterprises.

The bulk of their casework arises from serious and organised crime, particularly drugs importation and distribution, money laundering, organised crime group multi defendant homicide and serious fraud, usually involving a value of over £1million plus at least one element of complexity such as multiple defendants / companies / victims and/or complex financial / restraint issues.

Across Northumbria, Durham and Cleveland, we aim to work with all groups and communities to ensure that new policies adopted by the CPS reflect the diverse society we live in.

We acknowledge that public trust is measured against our ability to work with the public in key areas, which is why we established Local Scritiny and Involvement Panels throughout the North East to examine key parts of CPS policy.

CPS North East has three Community Involvement Panels (CIPs) one for each of the police force areas (Cleveland, Durham and Northumbria). The three Panels meet together to form the North East Joint Community Involvement Panels. The panels are a partnership between the CPS and local communities, working together to deliver improvements to the way we make decisions and deliver our service.

We consult the Joint Community Involvement Panels about, amongst other things, our Business Plan and our Equality and Diversity and Community Engagement Strategies. By retaining individual CIPs, we make sure that we do not lost sight of the concerns of individual local communities within the North East. Panel members are drawn from a wide cross-section of community groups including charities, inter-agency partnerships and local authorities.

The overall remit of the Community Involvement Panel is to provide a forum for dialogue between the CPS and the diverse communities we serve, so that the role of the CPS can be more widely understood and to ensure that we actively consult on the delivery, determination and identification of our business objectives.

Without the help of victims and witnesses, it can be difficult for us to achieve a successful prosecution and bring an offender to justice. We understand being a victim and or witness of crime can be difficult and are sensitive to how vulnerable some may feel due to their experiences. We will ensure that they are dealt with in a professional and courteous manner. We will listen to their needs and support them through the process so that they can give their best evidence at court.

CPS North East wants all of our communities to continue to have confidence in their local justice system, to believe their interests are fairly represented and justice is seen to be done.

If you are a victim seeking to exercise your right to request a review of a CPS decision not to bring charges, discontinue proceedings or offer no evidence in a case please go to ourVictims' Right to Review page.

The following email addresses are for the sole use of defence firms who are on the Criminal Justice System email system (CJSM).

Please note if you send an email from any account other than a CJSM account, you will not receive a response to your request.

Please ensure that the following information is included in your email:

Failure to include this information may result in a delay processing your request.

@cpsuk
We are proud that 1 in 5 of our workforce are from Black and ethnic minority backgrounds. This Black History Mont… https://t.co/RTHTxC7spW
RT @CityPolice: Today, City of London Police and the @CPSUK have achieved the largest ever proceeds of crime forfeiture in the UK. We wil…
RT @attorneygeneral: Thinking of commenting on the case of Ali Harbi Ali (the man charged with the murder of Sir David Amess)? #ThinkBefore…
RT @CPSEastMids: ⚖️JAILED: A prolific child abuser who targeted, groomed and abused children in Derby and Lincolnshire was found guilty of…
The work we do with communities across England and Wales is vital for us to help raise awareness of #HateCrime and… https://t.co/P7bfSZZOX0
Navigate to tweet 0Navigate to tweet 1Navigate to tweet 2Navigate to tweet 3Navigate to tweet 4
Scroll to top