At the start of National Hate Crime Awareness Week (NHCAW) tomorrow (10 October) the Crown Prosecution Service has revealed that the proportion of those convicted of a hate crime who were given a tougher sentence is higher than ever before.

In convicted cases where the prosecution applied to the court for a sentence increase to take account of the hate aspect of the crime it was granted in 77.5 per cent of cases, compared to 73.6 per cent last year. In 2007/08 it was just 2.3 per cent. 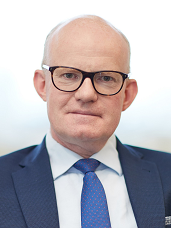 Max Hill QC, the Director of Public Prosecutions, said: “All crime has a terrible impact on victims but hate crime is especially nasty because it targets people for who they are. It has no place in today’s Britain.

“I support the excellent work done during National Hate Crime Awareness Week and all year round and encourage anyone who has been a victim or witnessed a hate crime to report it to the police.

“As prosecutors we will take cases to court and apply for higher sentences to take account of the hostility that drove offenders. It won’t undo the harm done but victims can be reassured that the justice system is working as it should.”

The figures also show that in the 12 months to March, the CPS prosecuted 10,950 hate crime cases in England and Wales. The conviction rate was more than 85 per cent or 9,340 cases.

Figures for year ending in March 2020 by hate crime type, England and Wales

Any offence including, for example, an assault, damage to property or theft, is classed as a hate crime if it was motivated by hostility towards someone’s race, religion, sexual orientation, transgender identity or disability.

The CPS has a national network of hate crime specialists and works with local organisations to co-ordinate activities to combat hate crime. All prosecutors are given training on hate crimes to better identify the issues unique to those offences.

NHCAW is an annual event in October that seeks to bring people together to support and raise awareness of those affected by hate crime. This year’s NHCAW runs between 10-17 October. During the week the CPS will be running events with various communities to showcase how it is improving the way hate crimes are prosecuted.

Chief Crown Prosecutor for CPS East of England, Chris Long, the CPS's anti-hate crime champion, talks about the importance of reporting incidents to the police and the role of prosecutors:

Hate crime
@cpsuk
⚽ "Great result - racist is banned from matches for 3 years after racial slur at game. Last week another person got… https://t.co/83TJ1Eq26y
#Stalking is among the most complex offences we prosecute, frequently involving victims who have faced harrowing ex… https://t.co/wdgZl94E9k
RT @CPS_NorthWest: ⚖️Today our work experience @salfordbizsch law students from @SalfordUni will be looking at hate crime. They will lear…
RT @CPSEastMids: ⚖️JAILED: A supermarket security guard from Bulwell in Nottingham has been sentenced to life for murdering his ex partner…
RT @CPSWessex: ⚖️ 26-year-old Kazm Saed was jailed for 13 years at #Newport Crown Court on Friday 21 January after he burgled and robbed th…
Navigate to tweet 0Navigate to tweet 1Navigate to tweet 2Navigate to tweet 3Navigate to tweet 4
Scroll to top
Close