CPS West Midlands is currently maintaining core business functions, while doing all we can to minimise in-person contact.

Please communicate with us by email, telephone and secure digital media wherever possible. Royal Mail and other post delivered to our offices will be checked periodically, but normal mail response times cannot be guaranteed. Any hand deliveries must be made by appointment and between 10am to 3pm only.

If you are a member of public, you can use the following email addresses without including .cjsm.net, which will work only for members of the criminal justice secure mail system. DO NOT use these addresses to send sensitive information unless via .cjsm.net.

The Crown Prosecution Service (CPS) is the main prosecuting authority in England and Wales. In our daily operations we work in partnership with all agencies in the criminal justice system. We work especially closely with the police, although we are independent of them

The CPS has 14 Areas across England and Wales - the CPS West Midlands Area consists of the counties of Warwickshire, Shropshire, Hereford, Worcester, Staffordshire and the metropolitan area of West Midlands, which includes the cities of Birmingham, Wolverhampton and Coventry. This CPS Area also handles the prosecution of all cases which arise from British Transport Police investigations in England and Wales.

We currently employ 498 members of staff which consists of lawyers, paralegals and administrators. The majority of our staff are based at our regional headquarters in Birmingham, but we also have staff based in our Stoke office.

The Area is supported by a Business Centre which houses a team of specialists in the fields of performance, finance, human resources, communications, engagement and inclusion. 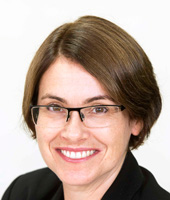 Siobhan qualified as a solicitor having studied law at Southampton and joined the CPS in 1994 as a trainee solicitor. After qualification Siobhan worked in private practice for a period before returning to the CPS.

Siobhan is an experienced prosecutor who has advised upon and prosecuted many high-profile cases, becoming a specialist in the prosecution of rape and serious sexual offences. She obtained her Higher Rights of Audience in 2004 and became a frontline manager in 2005.

Siobhan has been at the forefront of the work undertaken by the CPS to tackle Violence Against Women and Girls (VAWG) - domestic violence, rape and other violent offences in which the victims are predominantly women. She is now the National CCP Lead for the CPS on rape and serious sexual offence prosecutions. 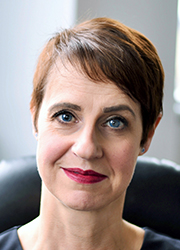 Sarah is the Deputy Chief Crown Prosecutor with strategic responsibility for Crown Court casework dealt with in the West Midlands region and by the British Transport police nationally.

Sarah qualified as a solicitor in 1996 and joined CPS in 1998 having previously worked as a Magistrates’ Legal Adviser. During her time at CPS, she obtained her higher rights, and has undertaken advocacy in both Magistrates’ and Crown Courts across the region.

She is the Area’s Violence against Women and Girls (VAWG) lead and has enjoyed being involved in this area of work for many years representing the CPS at conferences and community forums to share the work of CPS in tackling these offences. Sarah was involved in implementing the Violence Against Women and Girls Scrutiny Panel and Specialist Domestic Abuse Courts locally and is currently chair of the VAWG Local Scrutiny and Improvement Panel. 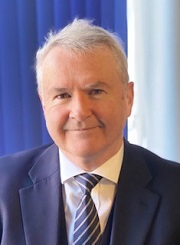 Douglas studied history at the University of East Anglia before taking his common professional examination and Law Society Finals at what is now Birmingham City University. He qualified as a solicitor in 1992 and worked in private practice before joining the CPS in Norwich 18 months later. He qualified as a Crown Court advocate in 2003 and achieved through grading to level 3. He took on the role of Area Advocacy Assessor in 2010.

Between June 2018 and February 2021, Douglas was the Deputy Chief Crown Prosecutor in the East of England with responsibility for the Crown Court and RASSO units. He returned to Birmingham as Deputy Chief Crown Prosecutor in February 2021 with responsibility for the Magistrates' Courts unit. Douglas is currently responsible for the Complex Casework and RASSO units. 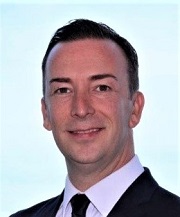 Sean qualified as a solicitor in 2002 and joined the Civil Service in 2003. He previously worked in private criminal practice. Sean was a youth specialist prosecutor for many years and has prosecuted high-profile cases in the Crown Court. 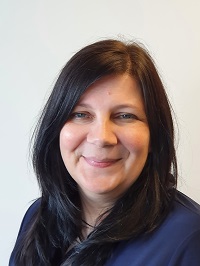 Zoe Speake studied law at Aberystwyth before joining the CPS in 1998 as an administrator and has worked in a number of operational roles including Paralegal Officer before becoming an Associate Prosecutor.

In 2016 she moved to a management role on the West Midlands Magistrates Unit. Progressing to Operational business manager of the Crown Court unit in 2017 she has also spent time managing both the RASSO and CCU units before moving to the Head of Business Centre in 2020.

During her career in the CPS she has been involved in a number of digital implementations at the local level including the move to CMS, actively promoting and training on Modern CMS, and as one of the Digital Transformation Leads led the implementation for EGRESS in the West Midlands area.

The list is not exhaustive but generally comprises of any offence where the maximum permitted sentence for each offence does not exceed six months' imprisonment or one year if two or more relevant offences are to be considered.

The Complex Casework Unit houses a team work in collaboration with the police to tackle organised and serious cross border crime, and to robustly tackle and disrupt criminal enterprises.

The bulk of their casework arises from serious and organised crime, particularly drugs importation and distribution, money laundering, organised crime group multi defendant homicide and serious fraud, usually involving a value of over £1million plus at least one element of complexity such as multiple defendants/companies/victims and/or complex financial/restraint issues.

The CPS Serious Violence, Organised Crime and Exploitation Unit (SVOCE) – the first of its kind – was launched in the CPS West Midlands region in July 2021. The Unit brings together a team of prosecutors and paralegal staff who have extensive experience of prosecuting cases involving serious gang-related violence, serious drug dealing offences (including county lines) and modern slavery and exploitation. The Unit is part of the Complex Casework Unit.

Teenagers sentenced to life for the death of Peter Cairns

CPS West Midlands continues to engage with the diverse communities that we serve in order to ensure that we make this region a safer place to live, work and visit.

We acknowledge that public trust is measured against our ability to work with members of our local communities in key areas, which is why have we established regional Local Scrutiny and Community Involvement Panels to help us with our work on hate crimes and violence against women and girls.

Our aim is to inform, listen, work with and in turn, be informed by those living and working across the West Midlands region.

Area email address for members of the public
contact.westmidlands@cps.gov.uk