The Crown Prosecution Service (CPS) prosecutes cases that have been investigated by the police and other investigative organisations in England and Wales.

CPS Thames and Chiltern is one of 14 CPS areas across the country and we are responsible for prosecuting cases in Bedfordshire, Hertfordshire, Berkshire, Buckinghamshire and Oxfordshire.

We work in partnership with our three regional police forces - Hertfordshire Constabulary, Bedfordshire Police and Thames Valley Police - the courts, the judiciary and other partners to deliver justice. However, we are independent, and make our decisions independently of the police and other agencies.

Chief Crown Prosecutor Jaswant Narwal is the head of CPS Thames and Chiltern, and she is supported on the legal side by Deputy Chief Crown Prosecutor Chris Derrick, who has responsibility for Crown Court cases, and Olivia Pearson, who has responsibility for magistrates' court cases. Rachel Mort is our Area Business Manager, who is responsible for business and operational delivery functions across our Area.

We have around 300 members of staff who are based in St Albans, Reading and Liverpool. Our workforce is made up of legal and operational delivery staff who all play a part in bringing criminal prosecutions to court. And we have an area business centre which includes specialist business support and administrative functions such as human resources, finance, communications and performance, all of which help to support the rest of the business. 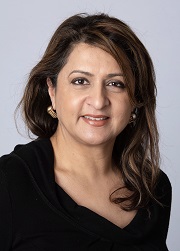 Jaswant became our Chief Crown Prosecutor in CPS Thames and Chiltern in October 2018 and has overall responsibility for all our criminal prosecutions in Hertfordshire, Bedfordshire, Oxfordshire, Buckinghamshire and Berkshire.

Jaswant is also the CPS national lead for honour based abuse, female genital mutilation and forced marriage, and she works with partners to raise awareness about these crimes and to increase prosecutions.

Jaswant has over 30 years’ service with the Crown Prosecution Service, joining the organisation in 1989. She qualified as a barrister in 1993 and spent much of her early career prosecuting in London. She then became head of the Old Bailey Trials Unit, handling homicide cases pan-London. She has also managed specialist police complaints, led a review of convictions in cases involving corrupt police officers, and handled large-scale public disorder cases. 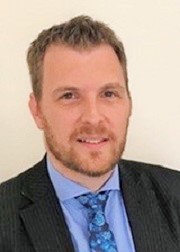 Chris is our Deputy Chief Crown Prosecutor for CPS Thames and Chiltern with responsibility for Crown Court performance.

In his role, Chris oversees the work of the Crown Court Team, the Rape and Serious Sexual Offences Unit, and the Complex Casework Unit. He is also our local lead for disclosure, unduly lenient sentences and is our point of contact for coroners.

Chris graduated from studying Law at the University of Bristol in 2001 and went on to pass his Bar exams at the University of Northumbria. He initially worked in the Bank of Scotland’s Business Banking division providing legal advice, before joining Her Majesty’s Courts Service in Dyfed-Powys as a legal advisor in 2004, where he was involved in with both criminal and family law. 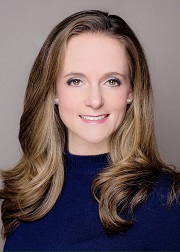 As Deputy Chief Crown Prosecutor for CPS Thames and Chiltern, Olivia is responsible for the Magistrates' Court performance across our Area.

She is also our local lead for domestic abuse, stalking and harassment, prisons, hate crime, football offences and youth justice.

Before joining us in 2019, Olivia worked for the Department of Work and Pensions as a senior advisory lawyer in the Data-sharing, Fraud and Decision-making team. Whilst at the Government Legal Department, she also spent time working on Brexit no deal planning at the Cabinet Office.

Olivia was previously a senior legal advisor with the Attorney General’s Office working in the Public Law and Litigation team, and prior to this she worked for the Crown Prosecution Service for nine years - three years as a senior crown prosecutor and then six years as a district crown prosecutor. 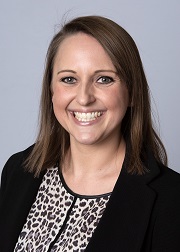 Rachel is our Area Business Manager and has responsibility for delivering the operational business across our Area.

As well as having oversight of all our business functions, Rachel is responsible for staff and financial management, performance monitoring and the implementation of all our operational business systems. Working alongside our chief crown prosecutor, Rachel’s role is to ensure the appropriate resources are in place for our Area team to operate effectively and efficiently.

Rachel began her career with the CPS in 2002; she joined us as an administrator and has held a variety of roles since then including case progression manager, branch manager, head of the Area operations centre, and business change and delivery manager. She took on her current role in 2016.

This is not an exhaustive list, but the team is generally responsible for offences where the maximum permitted sentence for each offence does not exceed six months' imprisonment, or one year if two or more relevant offences are to be considered.

The Crown Court Team deals with cases such as murder, robberies, serious assaults, dwelling house burglaries, complex fraud, the supply and trafficking of drugs, and the most serious road traffic offences.

The serious nature of these offences mean they have to be tried before a jury or heard at the Crown Court because the magistrates’ court do not have sufficient sentencing powers for these crimes.

Our Complex Casework Unit (CCU) deals with the most complex cases in our area. The team of experienced specialist lawyers, paralegal officers and operational delivery staff work in collaboration with our three police forces to tackle serious, organised and cross-border crime across Bedfordshire, Hertfordshire, Berkshire, Buckinghamshire, and Oxfordshire.

All our lawyers who work on rape and serious sexual offences prosecutions are specialists who are highly trained in the complexities of these cases, and they will prosecute them whenever our legal test is met.

We work with our local communities so that we have a better understanding of how crime affects them, and so that we can explain the role of the CPS and the work we do.

Through our local scrutiny involvement panel, members of the public and voluntary organisations bring a community perspective to our planning and decision-making, particularly on priority issues such as hate crime, domestic violence and sexual violence. Public sector partners, including our three local police forces, the courts and local councils, are also represented on the panel.

In addition, we hold community conversations with different community groups across our area; this is an ideal opportunity for us to hear firsthand about people’s experiences of the criminal justice system and for us to explain our role within it.

If you would like further information about our local scrutiny involvement panel, or would like us to join your community group for a conversation, please contact Mandy Saxon, our Inclusion and Community and Engagement Manager, at Mandy.Saxon@cps.gov.uk.

Victims and witnesses are vital in helping us bring offenders to justice. We understand being a victim or witness can be difficult, and we will support you through the prosecution process so that you can give your best evidence at court.

Our prosecutors work closely with our local witness care units which are staffed by police witness care officers who will be your single point of contact if you are a victim or witness. They will provide you with information, practical help and support throughout a case, from when a defendant is charged through to sentence.

Our Victim Liaison Unit is responsible for ensuring that victims are informed about any decisions our prosecutors make to stop or to significantly change the charges in a case.

If our prosecutor has not been able to communicate with you directly at court about a decision, our Victim Liaison Unit will write to you providing a short summary of the reasons for the decision.

If you want further details or explanations about the decision you can contact the unit.

Our Victims’ Right to Review scheme makes it easier for victims to seek a review of a CPS decision not to bring charges or to terminate proceedings.

If you are a victim seeking to exercise your right to request a review of a CPS decision not to bring charges, discontinue proceedings or offer no evidence in a case, you can find out how to do so on our Victims’ Right to Review page.

CPS Thames and Chiltern point of contact for Victims’ Right to Review enquiries:

Telephone: 0118 951 3676 (this is a voicemail facility, so please leave a message and someone will call you back within two working days)
Email: ThameschilternVRRandComplaints@cps.gov.uk

Please note that the Victims’ Right to Review scheme applies only in relation to qualifying decisions made on or after 5 June 2013.

When contacting the CPS please include as much information as possible, such as the unique reference number (URN), the name(s) of the defendant(s), the nature and date(s) of the offence(s), the court that dealt with the case, the date(s) of any hearing(s) and the police force that investigated the offence(s).

All local / regional media enquiries for Bedfordshire, Hertfordshire, Berkshire, Buckinghamshire, and Oxfordshire should be directed to the

If you are a member of the national media, please call the CPS Press Office on 020 3357 0906 or email cps.pressoffice@cps.gov.uk.

Please note; if you have sent an email from any account other than a CJSM account we will not be able to reply with any protected information regarding a case.

Please ensure that the following information is provided in your email:

Failure to include this information will result in a delay processing your email.

All requests for Initial Details of the Prosecution Case (IDPC), except overnight remand cases, should be emailed to thameschiltern.firsthearing@cps.gov.uk.cjsm.net.

All requests for IDPC for overnight remand cases should be emailed to TC.Overnights@cps.gov.uk.cjsm.net (no additional mailboxes need to be copied in). This overnight mailbox is to be used only in relation to cases in the remand court and not for routine service of IDPC on bailed/TSJ cases.

We shall endeavour to email the IDPC bundle to you within two clear working days of the hearing.

If your query relates to a defendant who has appeared in court for a first appearance at the Magistrates' Court and it has been sent to the Crown Court then please email the appropriate address below depending on the court venue/team dealing with the case: