The nature of crime is changing, and the scale and complexity of organised crime groups is growing, driven by global movements of people and threats from new technologies. The criminal justice system must adapt and evolve to meet the challenges that these changes pose. The CPS Serious Economic, Organised Crime and International Directorate (SEOCID) ensures that we have the resilience, expertise and flexibility in our staff and our organisational structure to best respond to new and changing areas of complex crime.

SEOCID is comprised of three divisions: The International, London and South-East Division and Regional and Wales Division, which are made up of specialist multidisciplinary teams dealing with complex organised crime and economic crime casework, and the Proceeds of Crime Division, which works to recover ill-gotten gains from criminal activity. Our International and Extradition teams sit within the International, London and South-East Division. A new unit dealing with the most complex and high-risk child sexual abuse cases forms part of the Regional and Wales Division. 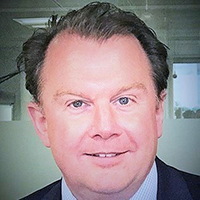 Adrian Foster is Head of CPS Proceeds of Crime.

Adrian leads a team of 150 staff tasked with restraining and confiscating criminal assets both within England and Wales and internationally. 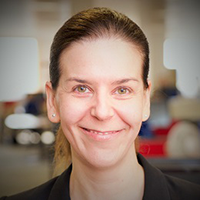 Joanne Jakymec is Head of the International, London and South East Division.

Joanne qualified as a barrister in 1998 and joined HM Customs and Excise Solicitors Office two years later. She went on to become a Senior Prosecutor and Team Leader in the Revenue and Customs Prosecutions Office Serious Organised Crime Division.

In 2011, Joanne was appointed Deputy Chief Crown Prosecutor and Head of Organised Crime in the CPS. She was responsible for the prosecution of serious organised crime investigated by the National Crime Agency and other law enforcement partners in England and Wales.

Joanne has also worked in CPS London as a Deputy Chief Crown Prosecutor, leading on disclosure, advocacy and the prosecution of Crown Court cases. In June 2017, Joanne became the Chief Crown Prosecutor for CPS Wessex. She became Head of the International Justice and Organised Crime Division in June 2021.

Andrew Penhale is the Head of Regional and Wales Division and was appointed in February 2020.

Prior to that Andrew was the Chief Crown Prosecutor for the North-East Area, leading teams based in Newcastle and Middlesbrough, covering Northumbria, Durham and Cleveland.

Between 2011 and 2015, Andrew was Deputy Head of the Specialist Fraud Division, with responsibility for large, complex fraud and tax evasion cases, leading 250 staff based in six offices in England and Wales. Prior to that, he spent four years as the northern Unit Head for the Organised Crime Division, leading teams in Manchester and Yorkshire, handling a wide range of cases involving drug-trafficking, money-laundering, cyber-crime and people-trafficking.

Andrew also spent two years as a Deputy Chief Crown Prosecutor in CPS Yorkshire and Humberside, where he was the Area Violence Against Women and Girls and Hate Crime Co-ordinator and led the pilot introductions of Better Case Management (BCM) and the Digital Case System (DCS), in Leeds.

Andrew is the CPS legal lead in two areas: the national roll-out of section 28 Youth Justice and Criminal Evidence Act 1999, involving the early video cross-examination of children and other witnesses; and on Serious Violence, covering firearms, knife crime, noxious substances and gang activity.

The International, London, and South East Division (ILSED) of the Serious Economic and Organised Crime Directorate (SEOCID) is headed by Jo Jakymec. This division is responsible for prosecuting serious economic and organised crime in London and the South East.

The Serious Economic and Organised Crime casework is handled within two units, led by Kate Anderson and Peter Mann.

In addition, the division includes an International Unit, headed by Shenaz Muzaffer, and an Extradition Unit, headed by Claire Walsh. The International Unit has a network of specialist prosecutors deployed overseas in countries of strategic importance to CPS domestic casework, working on mutual legal assistance, extradition and asset recovery matters. In addition, the team provides a centre of expertise for the CPS in all aspects of international engagement, co-operation and evidence-gathering. 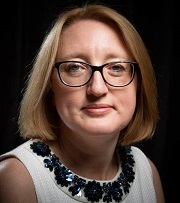 Kate joined the CPS in 2014, after 15 years in private practice as a criminal solicitor.

On her return to CPS, Kate became Head of Policy in CPS Headquarters, working on disclosure and initiatives under the National Disclosure Improvement Plan. Kate then became a Deputy Chief Crown Prosecutor in the Directors of Legal Services team, with responsibility for driving forward casework quality.

Kate joined CPS Wessex as the Deputy Chief Crown Prosecutor in July 2020, with responsibility for the magistrates’, Crown Court, RASSO and Complex Casework teams. She became a Deputy Head of the International Justice and Organised Crime Division in January 2022. 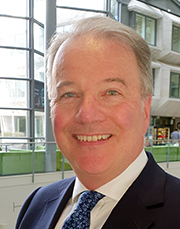 Peter joined the Crown Prosecution Service in 1990 as a legal trainee for CPS West Yorkshire. He progressed through several roles within CPS West Yorkshire and CPS London until he became the Head of Complex Casework Unit (CCU) for Yorkshire & Humberside in 2011. In 2018 Peter was appointed as Senior District Crown Prosecutor for the Yorkshire & Humberside Crown Court team. In 2019 Peter moved to  CPS Thames & Chiltern as Head of CCU and the Rape and Serious Sexual Offences (RASSO) team.

In November 2019 Peter was appointed on temporary promotion as a Deputy Head of the Specialist Fraud Division for London. Peter leads for Specialist Fraud Division with the City of London Police and the National Economic Crime Centre (NECC). Peter is currently leading for CPS on Project OTELLO - a cross government campaign to step up the national response to economic crime.

He became a Deputy Head of the International Justice and Organised Crime Division in January 2022. 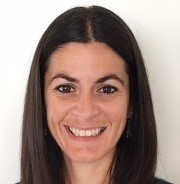 Shenaz is Deputy Head of Division and Head of CPS International. Following six years of practice at the private Bar, Shenaz joined the Crown Prosecution Service in 2008 as a Senior Crown Advocate in the West Midlands, specialising in the prosecution of serious sexual offences, fraud, conspiracies, and violent offences. She joined CPS International Division in 2013 and has been deployed on three overseas postings for the CPS.

She spent two years seconded as State Counsel to the Attorney-General’s Office in Seychelles, working on the UK counter-piracy mission, followed by a posting to the UAE as an asset recovery advisor.  She then spent three years in Washington, D.C. as the CPS liaison prosecutor to the USA. She was appointed as Deputy Chief Crown Prosecutor and Head of CPS International Division in 2020.

She became a Deputy Head of the International Justice and Organised Crime Division in January 2022.

The CPS Proceeds of Crime Division is headed by Adrian Foster and supported by Debbie Price. This division is responsible for ensuring criminals cannot financially benefit from their crimes by freezing assets before conviction (restraint) and post-conviction confiscation and compensation. In addition the division can take on civil recovery. 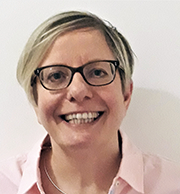 Debbie is the Deputy Chief Crown Prosecutor for CPS Proceeds of Crime Division and is responsible for the day to day operational delivery.

As a Deputy Chief Crown Prosecutor she has led CPS Extradition and International Units and has recently completed a secondment as Deputy Director in the NCA’s National Economic Crime Centre where she was Head of the UK Financial Intelligence Unit.

The Regional and Wales Division of the Serious Economic and Organised Crime Directorate (SEOCID) is headed by Andrew Penhale. This division is responsible for the prosecution of serious economic and organised crime in East Anglia, the Midlands, South West, the North and Wales. 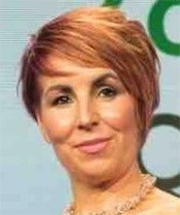 Zoe joined the Crown Prosecution Service in February 2018 following 16 years in private practice where she was a partner at two leading criminal practices in Liverpool. 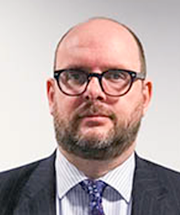 John has defended and prosecuted complex casework, including serious economic crime, since 1997. In 2006, after working in private practice, John joined HM Crown Prosecution Service Inspectorate (HMCPSI). He led inspections of the CPS and the Serious Fraud Office, which he subsequently joined in 2014 as Head of Policy.

In January 2017, John joined the CPS Specialist Fraud Division as a Unit Head in the London Office, and in October 2017 he was formally appointed Deputy Head of Division, responsible for the Birmingham and Leeds offices.

Find out more about how we prosecute Fraud and Economic Crime

Find out more about how we prosecute International and Organised Crime

To provide feedback, make a complaint or refer a case to our Victims' Right to Review (VRR), please go to our Contact section

Feedback, Complaints and VRR
@cpsuk
We have made the decision to discontinue the prosecution of Mason Greenwood. A combination of the withdrawal of ke… https://t.co/bfBAsePcAv
We’re super proud of all our colleagues who have been shortlisted for the 2023 ODP Awards in the ODP Development, A… https://t.co/w6b09na1Ev
RT @CPS_Mersey: The CPS has authorised Merseyside Police to charge three men in connection with the murder of Ashley Dale in Old Swan in Li…
RT @ACVigouroux: Great to attend the CPS CAF this week and discuss key changes we would like to see to improve the experiences of victims a…
THREAD: This week we hosted a Community Accountability Forum to discuss our ongoing work to improve our service to… https://t.co/Yw7MjkkVLR
Navigate to tweet 0Navigate to tweet 1Navigate to tweet 2Navigate to tweet 3Navigate to tweet 4
Scroll to top
Close