The CPS has 14 Areas across England and Wales and CPS London South Area is one of two Areas in the Greater London Area (CPS London North being the other). It covers the London boroughs south of the River Thames and also includes Hammersmith & Fulham, Kensington & Chelsea and Westminster. As well as prosecuting cases investigated by the Metropolitan Police in South London boroughs, the Area also prosecutes cases investigated by City of London Police. 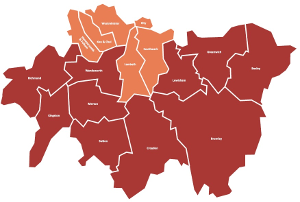 Chief Crown Prosecutor Lionel Idan is the head of CPS London South and is supported by three Deputy Chief Crown Prosecutors, with one taking responsibility for magistrates’ court cases, one the Crown Court Unit, and one the Rape and Serious Sexual Offences (RASSO) Unit and a pan-London Complex Casework Unit. The Area is also supported by an Area Business Manager who has responsibility for Business and Operational Delivery functions across the region.

We currently employ approximately 530 members of staff which consists of lawyers, paralegals and administrators. Our teams are based in offices near St James’ Park. We also have a small number of remote staff based in CPS offices in Leicester. 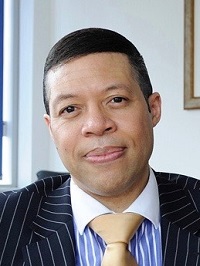 Lionel was called to the Bar in 1996 and prosecuted and defended before joining the CPS in 2005 as a rape and domestic violence specialist.

During this period Lionel was also the pan-London lead for Domestic Violence and for the Olympics in 2012. He has a passion for championing the rights and justice for victims and witnesses and has previously written and delivered a CPD-approved training course on victimless prosecutions.

In 2014, Lionel acted as the Deputy Chief Crown Prosecutor for CPS London and was recognised in the CPS London Awards for his outstanding contribution to the Area. He was also appointed a Disclosure Gateway Reviewer and has conducted disclosure reviews on some of London's most complex and high-profile cases.

In 2015, Lionel was appointed as the Deputy Chief Crown Prosecutor for CPS West Midlands and was responsible for successfully rolling out the Transforming Summary Justice programme across the region's magistrates' courts. Lionel was also appointed the regional lead for Hate Crime.

Between 2016 and 2018, while overseeing the Area’s Crown Court Complex Casework and RASSO units, Lionel also led the only national cross-government agency project on Domestic Abuse which developed and successfully implemented the DA Best Practice Framework across the country.

In 2019, Lionel spent time as Deputy Head of the national Specialist Fraud Division which handles the largest and most complex economic crime cases across the country.

In 2020, he was appointed the Chief Crown Prosecutor for London South and subsequently took up the role of CPS National lead for Hate Crime, a role which sees Lionel working in strong partnership with the NPCC, local CPS Areas and forces, NGOs and community groups in order to raise awareness, promote best practice and improve the joint criminal justice response to Hate Crime across all strands. 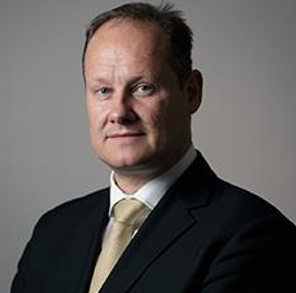 David took up the appointment of Deputy Chief Crown Prosecutor (‘DCCP’) for London South, with specific responsibility for Crown Court cases, in 2021.

David was called to the Bar in 1998 and is a leading barrister with over 20 years’ successful practice at the self-employed Criminal Bar. He served as Head of Chambers before joining one of the leading criminal law sets in the country in 2013. David has provided advice and representation (both for the prosecution and defence) in serious and complex criminal cases. He is a Grade 4 criminal advocate (the highest CPS grade) and is approved to prosecute on the following CPS Specialist Panels: Counter Terrorism; Special Crime Group; Fraud and the Rape and Serious Sexual Offences (RASSO) List. In addition, he has been appointed to the Serious Fraud Office (SFO) Prosecution List (Panel A), the highest SFO grade.

Immediately prior to taking up his role in London South, David successfully served for two years as Deputy Head of the Specialist Fraud Division (SFD). In doing so, he was the first and only self-employed barrister to be seconded to a CPS Central Casework Division as a Deputy Head of Division. He was also the SFD National Lead for the National Crime Agency and the Metropolitan Police Service. In 2021, he won the Outstanding Leadership and Outstanding Innovation Awards for the SFD.

David has been commended by the General Council of the Bar for his pro bono work in the field of victims’ rights.
He is the current Chair of the CPS Social Mobility Working Group. In his own time, David volunteers as a School Governor for a state funded secondary school in South London. In the past, he has volunteered at HMP Brixton and for the Centrepoint Homeless Charity in London. 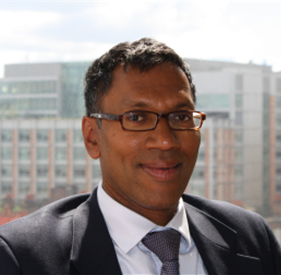 Kris is the Deputy Chief Crown Prosecutor (DCCP) with responsibility for all rape and serious sexual offence prosecutions in south London as well as oversight of the Complex Casework Unit – a specialist team which works on the most complex cases across London.

Kris Venkatasami was called to the Bar in 1989. He is a specialist in youth and in rape and serious sexual offence (RASSO) cases, as well as a Crown Advocate.

He has worked in a number of units in London throughout his career and led a team overseeing complex cases in the capital before being appointed a Deputy Chief Crown Prosecutor (DCCP) in the South East CPS Area in 2014. In the South East Kris had overall responsibility for all RASSO and Crown Court cases and also led on rolling out the Better Case Management initiative.

In 2017 Kris re-joined the CPS in London as DCCP, heading up London South’s Magistrates' Court unit, with a specific brief as the lead on hate crime. In 2021 Kris moved over to lead the London South RASSO team and the pan-London Complex Casework Unit (CCU). He is also the national CPS lead on mental health and on protest cases. 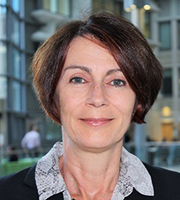 Claire joined the CPS in 1990 as a newly qualified lawyer. Claire prosecuted in CPS London for eleven years, specialising in child abuse and rape casework. In 2001 Claire moved to CPS West Yorkshire, qualifying as a Higher Court Advocate and becoming a legal manager in 2003. Following appointment as a Unit Head, Claire led the Crown Court team, leading nationally on delivery of Better Case Management, before becoming the Head of Rape and Serious Sexual Offences Team for Yorkshire and Humberside in 2017.

In 2019 Claire was appointed as the Deputy Head of the International Justice and Organised Crime Division and Head of the Extradition Team. In this role Claire was responsible for all extradition requests made to the United Kingdom by overseas authorities, and all requests made by Crown Prosecution Service Areas for extradition from non-European Union countries. Claire also led on national CPS Brexit contingency planning and implementation of the Trade and Cooperation Agreement.

Kirsty Hipwood is the Area Business Manager (ABM) for London South. Kirsty joined the CPS in July 2001 as a contractor for the Customer Services Department (CSD). Kirsty worked for the CSD for two years.

In 2003 Kirsty joined Business Information Systems (BIS) Directorate as a Business Support Manager and a year later she became a Resource Manager. From 2006 to 2015 Kirsty worked for CPS London in many roles including Area Finance Manager, Project Manager, then District Business Manager, before becoming the Senior Business Manager in 2012.

Our Magistrates’ Court Unit prosecutes offences of domestic abuse, assaults, criminal damage, minor public disorder incidents, all but the most serious traffic offences, possession of drugs, dangerous dog offences, offences of dishonesty and commercial burglaries. The list is not exhaustive but generally comprises of any offence where the maximum permitted sentence for each offence does not exceed six months' imprisonment or one year if two or more relevant offences are to be considered.

The Crown Court Unit deals with cases such as attempted murder, robberies, serious assaults, dwelling house burglaries, complex fraud and the supply and trafficking of drugs.

The unit deals with the most complex criminal cases in North and South London. Made up of highly experienced and skilled lawyers and paralegal officers, the team has in the last year gained the first successful prosecution for female genital mutilation and also the first two unregistered school prosecutions. The unit works closely with the police in London (Metropolitan and City of London) to tackle serious and organised crime, including trafficking, large scale drugs importation and distribution, and money laundering.

The RASSO Unit is a dedicated and specialised team which prosecutes cases such as rape, serious sexual offences, child abuse, child sexual exploitation and so-called 'honour based' violence. The staff on the unit all have a great deal of understanding of the sensitivities of prosecuting cases of this nature and how difficult and harrowing it can be for a victim from the first step of making a complaint to the police, through to giving evidence in a trial.

CPS London South continues to engage with the diverse communities that we serve in order to ensure that we make this region a safer place to live, work and visit.

We acknowledge that public trust is measured against our ability to work with members of our local communities in key areas. To this end we have two community panels that work on a pan-London basis – one that focusses specifically on Violence Against Women and Girls (VAWG) and one that focusses on hate crime.

Our aim is to inform, listen, work with and in turn, be informed by those living and working across south London.

Want to keep up with our work in London South?

Each month, CPS London South publishes an e-newsletter with important updates on our work. If you would like to subscribe to this newsletter, please subscribe below.

If you are a victim seeking to exercise your right to request a review of a CPS decision not to bring charges, discontinue proceedings or offer no evidence in a case please read more about the Victims' Right to Review.

Please use the email addresses below or for Digital IDPC please email: London.IDPCRequests@cps.gov.uk.cjsm.net