CPS South West is currently maintaining core business functions, while doing all we can to minimise in-person contact.

Please communicate with us by email, telephone and secure digital media wherever possible. Royal Mail and other post delivered to our offices will be checked periodically, but normal mail response times cannot be guaranteed.

The Crown Prosecution Service (CPS) is the main prosecuting authority in England and Wales. We work in partnership with all agencies in the criminal justice system, especially closely with the police, although we are independent of them. The police investigate crime and our role is to prepare and present cases to the courts.

The CPS has 14 Areas across England and Wales. CPS South West is our Area and serves a population of over four million people. Our local teams work alongside partner organisations in the three police force areas in the South West: Avon and Somerset, Devon and Cornwall and Gloucestershire.

CPS South West employs around 220 members of staff, consisting of lawyers, paralegals and administrators. We work across a wide range of locations in the South West but our three main offices are in Bristol, Exeter and Truro.

The CCP is supported by a team of senior managers with expertise in legal and business management matters. On the legal side, support is provided by a Deputy Chief Crown Prosecutor. Sarah Marchant is the Area Business Manager and has responsibility for the business and operational delivery functions. 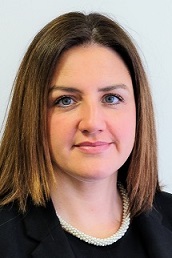 Victoria qualified as a solicitor in 2002 and worked as a criminal defence advocate in Hampshire, becoming the youngest associate partner in a 16 partner firm.

Following a CPS restructure in April 2011, Victoria was appointed acting Deputy Chief Crown Prosecutor for the South West with responsibility for Gloucestershire and the former Avon area, a post she secured permanently in October 2011.

In December 2018 Victoria was appointed to the post of Chief Crown Prosecutor, CPS South West. 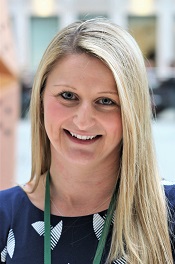 Emma studied law at Sheffield Hallam University before undertaking her Postgraduate Diploma in Legal Practice at the University of West of England. She qualified as a solicitor in 2007.

Emma was previously the Head of the Solicitor Team at the Public Defender Service and prior to joining the Civil Service was a partner in a national criminal law firm with responsibility for both crime and prison law work.

Sarah joined the CPS in 2002 as the Area Business Manager for Avon and Somerset.

Prior to joining the CPS, Sarah worked in the private sector in financial services for over 13 years as a senior leader for a large international insurance company with responsibility for technical services, pension schemes and complaints.

The Crown Court Unit deals with cases involving serious offences, which have to be tried before a jury or where the magistrates’ courts do not have sufficient sentencing powers for the seriousness of the crime.

The Complex Casework Unit prosecutes the most complex and sensitive cases in the Area, including organised crime cases and cross-border crime.

The Rape and Serious Sexual Offences Unit is a specialist team who prosecute cases of rape and serious sexual offences from across the South West.

Man jailed for the murder of Bobbi-Anne McLeod

Man convicted of the manslaughter of Dontae Davis

The Crown Prosecution Service (CPS) in the South West is committed to engaging with local communities in order to improve our services and we want to provide a fair service for everyone. It is important that people understand how the criminal justice system works and how we come to our decisions.  All too often, people do not know who we are or understand what we do. The CPS in the South West is committed to changing this and having a visible presence. Across the South West, we aim to work with all groups and communities to ensure that new policies adopted by the CPS reflect the diverse society we live in and that our operations are informed by the needs of the communities we serve. There are a number of ways in which we seek to involve local communities in the way we plan and deliver our services.

The Panel aims to:

You can find out more about the work of the Local Scrutiny and Involvement Panels by contacting Tue Hong Baker: Tue.Baker@cps.gov.uk

We are committed to dealing with Victims and Witnesses with respect. We understand being a victim or witness of crime can be difficult and how vulnerable some people may feel. We will support them through the process so that they can give their best evidence at court.
We prosecute cases on behalf of all our communities and want communities to continue to have confidence in their local justice system, to believe their interests are fairly represented and that justice is seen to be done.

Please note that this number must ONLY be used for VRR enquiries.

Offices are generally staffed between 9am-5pm

If you are a member of the national media, please call the CPS Press Office on 020 3357 0906 or email: cps.pressoffice@cps.gov.uk

Please note; if you send email from any account other than a CJSM account we will not be able to reply with any protected information regarding a case.

Please ensure that the following information is provided in your email:

Failure to include this information will result in a delay processing your email.