The Crown Prosecution Service (CPS) is the main prosecuting authority in England and Wales. 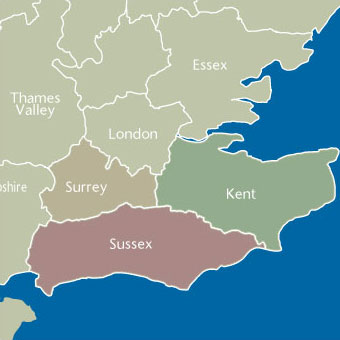 The CPS has 14 Areas across the country, each headed by a Chief Crown Prosecutor. The South East Area is responsible for prosecuting cases in Kent, Surrey and Sussex.

We serve over 4.5 million people and the geographic area we cover is spread over 3,700 square miles, including major entry points to the UK, such as London Gatwick Airport, the Channel Tunnel and the Port of Dover.

We have around 300 members of staff, consisting of lawyers, paralegal officers and Operational Delivery Professionals. Our staff work out of offices in Canterbury, Brighton, Guildford, as well as a small remote team in Newcastle and Middlesbrough.

We also have an Area Business Centre, which includes specialist business support and administrative functions such as human resources, finance, communications and performance, all of which help to support the rest of the business. 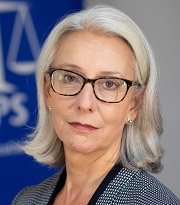 She began prosecuting for the CPS in 1994 in Shropshire, moving to Wiltshire, Hampshire and Dorset. She held a variety of positions before becoming the District Crown Prosecutor for South East Hampshire in 2004. 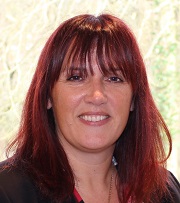 Adele joined the CPS in 2004 from private practice in the City, where she specialised in commercial and insurance litigation matters. She was initially a casual prosecutor in the Thames and Chiltern area, before becoming a substantive Crown Prosecutor and then Senior Crown Prosecutor.

She moved across to the Crown Court Team, before deputising as District Crown Prosecutor (DCP) and then taking up the role on a substantive basis in 2014, moving to CPS London to lead the Rape and Serious Sexual Offences (RASSO) Team.

She returned to CPS Thames and Chiltern in June 2017, as Deputy Chief Crown Prosecutor (DCCP) with responsibility for Magistrates’ Court work before taking up her current role as DCCP in the South East in May 2018. 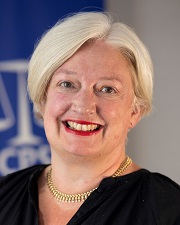 Sarah joined the CPS in 2007 as a Crown Advocate, before being appointed as a District Crown Prosecutor, heading up the Crown Court  team in CPS Wessex the following year. Prior to joining the CPS, Sarah was a criminal defence solicitor and duty solicitor in Hampshire and a regular advocate in the Crown Court and Magistrates’ Court.

Sarah joined CPS South East in October 2017 as the Senior District Crown Prosecutor in charge of the Crown Court teams in Kent, Sussex and Surrey.

Sarah studied Law and French and attended Grenoble University for a year and has a keen interest in cases involving foreign jurisdictions. She is the International Casework Lead for the area. 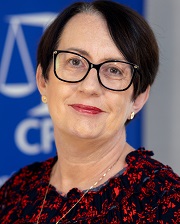 Karen joined CPS South East as the Area Business Manager (ABM) in October 2022 and prior to this she spent five years as the ABM for CPS Direct.

Karen has worked in the Criminal Justice System (CJS) for over 30 years.

In September 2014 Karen became the ABM for CPS West Midlands before joining CPS Direct in June 2017.

The Magistrates’ Court Team is made up of prosecutors, supported by a team of administrators, who help to ensure cases are prepared digitally and ready for court. Our prosecutors either work as advocates in the Magistrates’ Courts across Kent, Surrey and Sussex or in one of our offices preparing cases where we anticipate people will plead not guilty and the case will go to trial.

The Crown Court team has prosecutors and a team of paralegal and administrative staff, who help to prepare cases. The majority of prosecutors in this team review cases and ensure they are ready for court, but we have a team of Crown Advocates, who prosecute cases in the Crown Court.

Our Rape and Serious Sexual Offences team (RASSO) is staffed by specially trained lawyers and paralegal officers and they handle rape cases, including attempted rape, along with child sexual abuse cases, including historic cases and all other serious sexual offences.

CPS South East is committed to providing the best possible service we can to victims and witnesses in our cases, as they are vital in helping us to bring people to justice.

We work with the members of our Local Scrutiny Involvement Panels to improve the prosecution process as a whole. They are made up of community representatives and invited members from other agencies in the criminal justice system, such as the police. One panel looks at hate crime, while the other focuses on violence against women and girls. They both review our performance and randomly selected cases to see where improvements can be made.

Conviction for the murder of Kent Police PCSO Julia James

Victims and witnesses are vital in helping the Crown Prosecution Service to bring people to justice in Kent, Surrey and Sussex and ensuring that they receive the best possible service from the CPS is one of our priorities.

We have held a series of workshops for our staff, so they can hear from victims themselves and organisations that work with victims. The aim was to give them an understanding of how victims view the way they are treated during the cases we prosecute.

Below, you will find details of local organisations that can support you if you have been the victim of a rape, sexual abuse, hate crime or domestic abuse, as we understand how difficult it can be to come forward and report any of these types of crimes.

Contact details for Victims' Right to Review and complaints

If you are a local or regional journalist in Kent, Surrey or Sussex, please contact

If you would like to provide feedback or make a complaint on any aspect of our service, we would like to hear from you. Please note we can only enter into email correspondence about cases via secure email addresses, i.e. emails sent from gsi or pnn CJSM email accounts.

If you have any feedback or complaints, contact us via email at SouthEastVRRandcomplaints@cps.gov.uk or by calling 01227 866000 and selecting option 3 for the Victim Liaison Unit between 9:00am and 5:00pm on weekdays.

Before contacting us please note:

If you are contacting us about a specific case, you will need to contact the team responsible. This is divided by county and whether the case is being held in the Magistrates’ or Crown Court:

NB: The above email addresses must not be used to send evidence or other material that contains personal data about court cases.

Please note if you have sent this email from any account other than a CJSM account, we will not respond electronically to your request. Further information on CJSM.

Magistrates' Court
All requests for Initial Detail of Prosecution Cases (IDPC) should be emailed to SE.IDPC@cps.gov.uk.cjsm.net

If you have a query, correspondence, digital evidence or charging information relating to a RASSO case, please email SE.CrownCourt@cps.gov.uk.cjsm.net

If you’re interested in joining the Local Scrutiny Involvement Panel or you would like to subscribe to receive our regular newsletters on the work we do to tackle hate crime and violence against women and girls, please contact: SouthEast.Communications@cps.gov.uk