This Q3 data release covers the 3-month period 1 October to 31 December 2021, with the previous three quarters provided to illustrate trends. 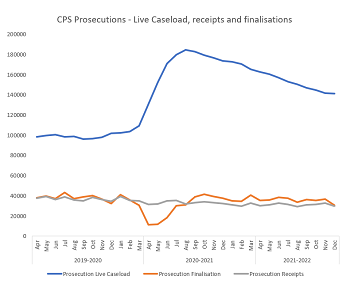 The magistrates’ court caseload is beginning to level off 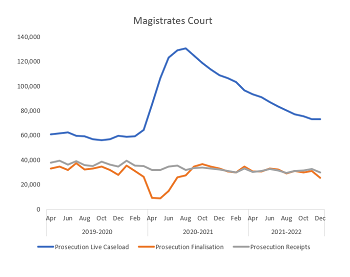 The slowing of the caseload reduction is in part due to receipts outnumbering finalisations for the first time since Q2 20/21.

The Crown Court caseload is beginning to reduce 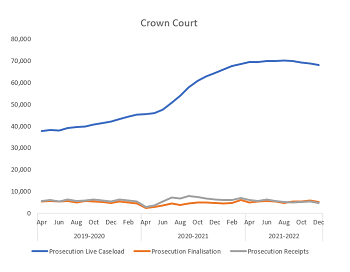 Finalisations significantly outnumbered receipts in this quarter, contributing to this reduction.

The quarterly casework statistics in these reports, comprise defendants dealt with by the 14 CPS Areas and those dealt with in specialised casework handled by CPS Central Casework Divisions. This includes those proceedings previously conducted by the Department for Environment, Food and Rural Affairs (Defra), the Department for Work and Pensions (DWP), the Department of Health (DoH) and the former Revenue and Customs Prosecution Office.

CPS sets out the law on street-based sexual harassment

Obsessive ex jailed for campaign of intimidation against former girlfriend

Could clearing the public gallery help the victim to give their best evidence at court?

Closing the gap: How the CPS is working to reduce disparity between reported rapes and charges