This Q1 data release covers the three-month period 1 April to 30 June 2021, with the previous three quarters provided to illustrate trends.

A number of new metrics have been introduced into the publication. These are as follows:

The focus of this summary continues to be the impact of and recovery from the COVID-19 pandemic. In Q1 21/22 the key points to note are as follows: 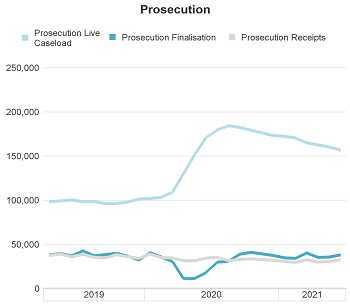 The magistrates’ court caseload is reducing 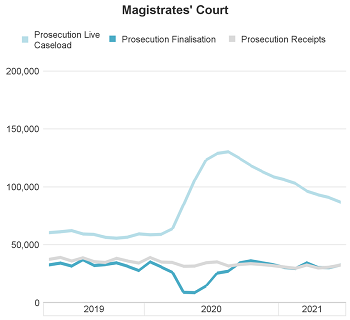 The Crown Court caseload is increasing 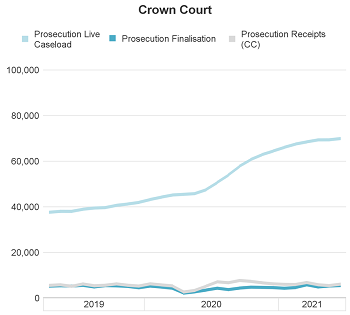 The number of cases received remains higher than finalisations, although the gap has narrowed significantly during this quarter. The impact of this is that the number of live cases has continued to increase.

The quarterly casework statistics in these reports, comprise defendants dealt with by the 14 CPS Areas and thosedealt with in specialised casework handled by CPS Central Casework Divisions. This includes those proceedings previously conducted by the Department for Environment, Food and Rural Affairs (Defra), the Department for Work and Pensions (DWP), the Department of Health (DoH) and the former Revenue and Customs Prosecution Office.

Closing the gap: How the CPS is working to reduce disparity between reported rapes and charges

Key facts about how the CPS prosecutes allegations of rape