CPS Mersey-Cheshire covers the counties of Merseyside and Cheshire.

Liverpool is the main centre of population, boasting a large city centre, a number of high profile sports clubs, working port and busy nightlife. This unique socio-economic and cultural mix can provide challenges to our service and generate peaks and troughs in certain crimes - such as public order offences during large events.

Merseyside is unique in that it has just one Crown Court centre. However the caseload dealt with by the CPS team is significantly higher than some Areas three times its size. More serious cases are heard at Liverpool Crown Court. There are three magistrates' court centres in Merseyside - Liverpool, Bootle and Wirral.

Cheshire comprises the council areas of Cheshire West and Chester and Cheshire East and includes population centres such as Warrington, Runcorn, Chester, Macclesfield and Crewe.

Our legal team is made up of highly qualified, trained prosecutors and professionals who manage and conduct criminal prosecutions at a number of different levels.

Senior Crown Advocates and Crown Advocates work on the most serious and complex cases. Essentially the CPS equivalent of barristers, they will argue for the prosecution at court against defence lawyers.

Our teams of prosecutors and associate prosecutors prepare and present cases and prosecute offenders at Magistrates' and Crown Courts.

They are supported by paralegal officers and paralegal assistants who help prepare cases, work with the police to build files and sometimes join the prosecutor in court.

Our operational delivery and support teams play a role as vital as those of our prosecutors. The teams manage and build files, liaise with partners to obtain the correct information and ensure each file is up-to-date and at the court ready for trial.

Victims and witnesses are at the heart of what we do and we have a team of specially trained people working in our Witness Care Unit who help and support people through each stage of the justice process. 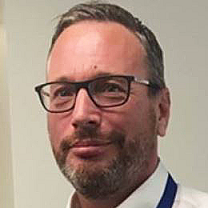 Jonathan began his career as a Legal Advisor in North Yorkshire and qualified as a solicitor in 1996, before joining the CPS in 2001. Gaining a wide range of experience in various roles in Greater Manchester, he was appointed Senior District Crown Prosecutor in 2010.

Jonathan became the Chief Crown Prosecutor for CPS Direct in June 2021 and in October 2021 he appointed CCP for Mersey-Cheshire. 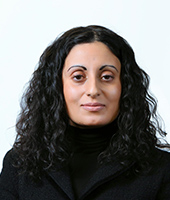 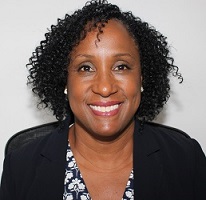 Rose-Marie is the Deputy Chief Crown Prosecutor (DCCP) with responsibility for the Crown Court and the Complex Case Unit, a specialist team which works on the most complex cases across Merseyside and Cheshire. Rose-Marie took up the position in March 2022 and prior to that was a DCCP for the London South Magistrates’ Unit - a position she took on in September 2021.

Rose-Marie started prosecuting in St Albans, where she specialised in sexual offences for 10 years. She joined what was later to become the Counter Terrorism Division in London in 2004, where she prosecuted terrorism, race hatred, and Official Secrets Act cases including numerous high-profile cases. In 2009 she became a Unit Head in the Counter Terrorism Division. In 2012 she joined the Organised Crime Team to lead the ‘phone hacking’ prosecutions that rose from the investigation into the News of the World and in 2017 was promoted to DCCP and Head of Organised Crime. 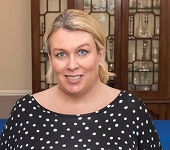 The list is not exhaustive but generally comprises of any offence where the maximum permitted sentence for each offence does not exceed six months' imprisonment or one year if two or more relevant offences are to be considered.

The Crown Court Unit deals with cases such as murder, robberies, serious assaults, dwelling house burglaries, complex fraud, the supply and trafficking of drugs, and the most serious road traffic offences, especially those that result in a fatality.

The Complex Casework Unit houses a team that works in collaboration with the police to tackle organised and serious cross border crime, and to robustly tackle and disrupt criminal enterprises.

The bulk of their casework comes from serious and organised crime, particularly drugs importation and distribution, money laundering, organised crime multi defendant homicide and serious fraud, usually involving a value of over £1million plus at least one element of complexity such as multiple defendants/companies/victims and/or complex financial/restraint issues.

Rogue trader who left victims with chaos is jailed

CPS Mersey-Cheshire is committed to involving local people in what we do, whenever we can. We value the expertise and grassroots knowledge of community and voluntary sector groups who help ensure that we can continually improve the service we provide.

Community engagement is important to us and we involve key stakeholders in improving our service through our Local Scrutiny and Involvement Panel (LSIP). The panel aims to:-

The Panel is the key mechanism by which the Area engages with local communities, in particular, those communities with protected characteristics in relation to age, disability, gender, gender reassignment, pregnancy and maternity, race, religion or belief and sexuality.

If you would like further information about the LSIP please contact Jennifer Friday, our Inclusion and Community and Engagement Manager on jennifer.friday@cps.gov.uk

Sometimes, the prosecution decides to discontinue a case or substantially alter a charge.

When this happens, we will tell victims or their families what we have done and why.

In some of the more serious cases, we will offer to meet the victim or their family to explain our decision.

Our Victim Liaison Unit handles all of these communications, as well as complaints and the Victims' Right to Review scheme.

This scheme allows victims to ask for a review of a decision to discontinue proceedings or offer no evidence in a case.

Please note that the Victims' Right to Review scheme applies only to qualifying decisions made on or after 5 June 2013.

If you'd like more information on a case, have a complaint, a general enquiry or would like to know more about the Victims' Right to Review scheme, email Victimliaison.Merseycheshire@cps.gov.uk

Before contacting us please note:

Please note, if you send an email from any account other than a CJSM account we will not respond electronically to your request.

Self-represented defendants - please use the above email addresses without the .cjsm.net suffix

Self-represented defendants - please use the above email addresses without the .cjsm.net suffix