CPS Proceeds of Crime was launched on 30 June 2014 and is comprised of:

CPS Proceeds of Crime is committed to providing the very best service to CPS colleagues, law enforcement partners, the criminal justice service as a whole and the wider public with regard to CPS asset recovery responsibilities.

You can find out more about the work of CPS Proceeds of Crime in the 'Crime Info' section of this site.

The CPS Asset Recovery Strategy supports the government's Serious and Organised Crime Strategy, which aims to substantially reduce the level of serious and organised crime affecting the UK and its interests. 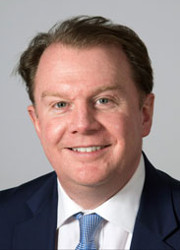 Adrian leads a team of 150 staff tasked with restraining and confiscating criminal assets both within England and Wales and internationally.

Kirsty joined Proceeds of Crime in September 2019 as the Area Business Manager (ABM). She is responsible for determining and delivering operational strategy (including financial, people and performance) leading the change programme, implementing operational change, managing business performance, and working with stakeholders to develop the CJS wider performance.

Enforcement Unit - dealing with asset recovery in prosecutions from across England & Wales including the Central Casework Divisions and the CPS Areas. This team deals with work following the making of the confiscation order.
Tel: 0113 341 4855
Email: CPSPOC.Enforcement@cps.gov.uk

ARIS Unit - dealing with asset recovery in prosecutions from across England & Wales including the Central Casework Divisions and the CPS Areas. This team deals with reconsideration work following the making of a confiscation order.

Confiscation Applications – All contact with the CPS (whether allocated to a CPS Area or CPS POC) relating to current confiscation proceedings:
Tel: 0113 341 4855
Email: CPSPOC.Confiscation@cps.gov.uk