UPDATED: Churchwarden who manipulated his elderly neighbours jailed for murder

A churchwarden who manipulated two elderly neighbours in order to benefit from their wills has today (18 October 2019) been jailed for a minimum of 36 years for murder. 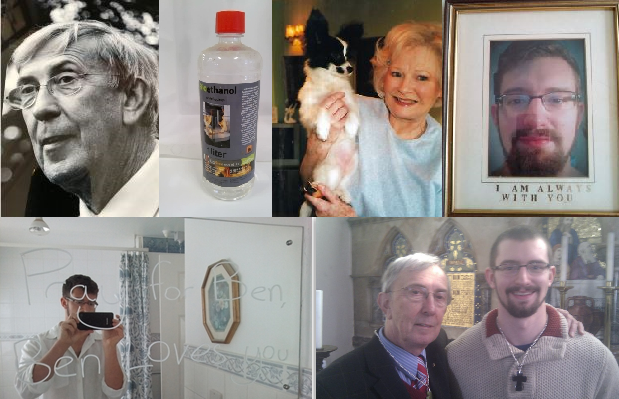 Benjamin Field carried out a targeted campaign of manipulation against churchgoers Peter Farquhar, 69, and Ann Moore-Martin, 83, who lived doors apart in the picturesque Buckinghamshire village of Maids Moreton.

Field, 28, embarked on a relationship with Farquhar, plying him with a disorientating cocktail of drugs and alcohol to make him question his sanity.

Field even took part in a marriage-like ceremony with Farquhar and told people his retired former lecturer was an alcoholic who was suffering from dementia. In fact, he was slowly being poisoned by the drugs he was unwittingly taking.

Robbie Weber, Senior Crown Prosecutor for the CPS, said: “This highly unusual case reads almost like the plot from a novel but tragically, the intentions of Field were all too real.

“It was Benjamin Field’s intention from the outset to cruelly and ruthlessly manipulate his victims into changing their wills.”

The campaign to make Mr Farquhar question his own sanity was such a success that when Field killed him in October 2015, even the coroner believed the death was caused by alcoholism.

Field also wrote love letters to Miss Moore-Martin and left messages on her mirrors ‘from God’ telling her to leave him her house.

Today (18 October 2019), Field was sentenced to life in prison with a minimum term of 36 years at Oxford Crown Court.

Benjamin Field admitted his part in the fraud and deception, but continued to insist throughout the trial that he had no part in Peter’s death despite the wealth of evidence against him.

His diaries and notes - meticulously documenting his ruthless plans to exploit and kill Peter Farquhar for financial gain - were central to 27,000 pages of evidence examined by the CPS.

Field detailed when he had secretly given specific quantities of drugs to Mr Farquhar, which matched perfectly with the victim’s own journal entries describing his rapidly declining health. In addition, when Field’s house was searched, they found the type of drugs that he had been using to disorientate and confuse the lecturer.

The exhumation of Mr Farquhar’s body proved he had not died from alcohol poisoning, but as a result of alcohol and drugs he had been exposed to over a period of time.

Callous Field wrote in depth about how he would see off the pensioner, including encouraging Peter to take his own life or pushing him down the stairs.

Robbie Weber, Senior Crown Prosecutor for the CPS said: “Benjamin Field revelled in documenting his ruthless plans in endless diaries and notes. These were key evidence in our case and ultimately proved to be his downfall.

“We are pleased that the jury saw through his callous lies, and have found ‎him guilty. And we hope today’s verdict helps to bring some comfort to Peter’s family who have had to relive the pain of losing their loved one during this trial.”

Teenager murdered to stop her speaking out about sexual abuse

Violent crime
@cpsuk
🐾 This week is #PetFraud Awareness week. The CPS works closely with police to tackle these awful crimes against hel… https://t.co/MWzqOLYS2l
⚖️ Man who posed as an Amazon delivery driver to attack a householder in #CrystalPalace has been jailed. He was dr… https://t.co/MI5fHbJEQC
Want to prosecute the biggest criminal cases in the capital? Here's a personal invitation to all lawyers interested… https://t.co/wIHqVScdfe
⚖️Angela Gulbenkian, 39, an art dealer who carried out a theft of $1.275m over the sale of a giant pumpkin sculptur… https://t.co/vC45fW5Zy2
⚖️Adam Umerji thought running off to Dubai would mean he could keep money stolen from taxpayers, but he must now pa… https://t.co/3JVsaDnrKY
Navigate to tweet 0Navigate to tweet 1Navigate to tweet 2Navigate to tweet 3Navigate to tweet 4
Scroll to top
Close