Family sentenced over £240,000 theft and damage at Thwaites brewery

Two family members who ransacked the historic Thwaites Brewery, causing more than £240,000 in damage, were sentenced to a combined eight years in prison today. 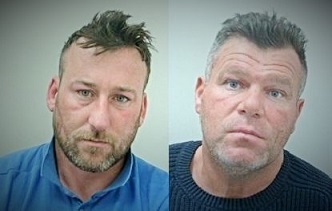 Thomas Ward, 44 and John Ward, 34, were part of a more than 100-strong group of travellers who broke into the Blackburn site and set up in over 30 caravans during the bank holiday weekend at the end of May last year.

Ringleader Thomas Ward was also convicted at Preston Crown Court of blackmailing the brewery’s chief executive. He demanded £20,000 from Thwaites to leave within an hour. The company agreed, providing no damage was caused, but the group broke in when only £10,000 could be paid within their timeframe.

A third member of the family Patrick Ward, 33, and a 17-year-old, who were also part of the group, will be sentenced at a later date. 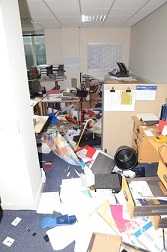 ver two days, the intruders proceeded to steal and trash property, including staff’s personal possessions, with a total value of more than £240,000. Due to contamination risk, 1,700 pints of beer had to be poured away. Thwaites, which was due to move to a new premises three months later, had to halt production at the 200-year-old Penny Street brewery.

Wendy Evans, from the CPS, said: “The defendants, led by Thomas Ward, took advantage of a bank holiday weekend to loot and cause extensive criminal damage at Thwaites brewery. The destruction they caused had a devastating impact on the company and on their staff.

“The CPS worked closely with the police to build a strong case against the men, in particular piecing together the events of the weekend from CCTV that showed each man entering the building on numerous occasions and taking everything they could get their hands on.

“The strength of the case led Thomas Ward and John Ward to plead guilty, and led the jury to convict Patrick Ward in his absence at a trial.” 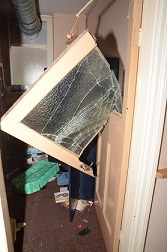