Stepping up the level of prosecution for people trafficking, modern slavery, organised immigration crime and forced labour across Europe is a priority.

The CPS is playing a key role in delivering the government’s ambition to tackle modern slavery. Our aim is to prosecute cases and bring people who commit these offences to justice.

The Modern Slavery Report highlights our efforts during 2017-18 to disrupt, prosecute and improve our response to offending. Findings show a 27 per cent rise in the number of suspects charged with modern slavery and human trafficking offences compared to the previous year, and a 31 per cent increase in the numbers of cases referred to the CPS from police and other agencies.

The report also focuses on the efforts being made to build an effective global network to tackle cross border cases. It shows emerging trends in modern slavery crimes, including‘county lines’ offending - the trafficking and exploitation of young people by drug gangs in the UK.

The report is available here.

The Director of Public Prosecutions, Alison Saunders, hosted in February a three-day international summit for prosecutors from 17 different countries, as well as law enforcement representatives.

The summit aimed to strengthen international cooperation in tackling modern slavery and human trafficking to improve our collective prosecution response to target the trail of criminality across continents. Other commitments included attacking and recovering the criminal profits of traffickers, ensuring sustained support is in place for victims and establishing a strong and active network of prosecutors with the skills and tools to respond effectively to illegal activity.

Read the speech given by Alison Saunders to the summit.

The summit brought together the DPP for Northern Ireland and the Lord Advocate for Scotland, along with senior prosecutors and experts from Europe, Africa and Argentina, and from organisations including Eurojust, Interpol and Europol, along with the UK’s National Crime Agency.

A summary report from the international summit is now available. This report outlines the key points identified for further exploration and discussion between countries and across borders. The international summit and discussions continuing from it build on the progress already made with the introduction of the Modern Slavery Act in 2015, and ongoing work in the UK and overseas to improve how modern slavery and human trafficking is identified, investigated and prosecuted, and how victims are supported. 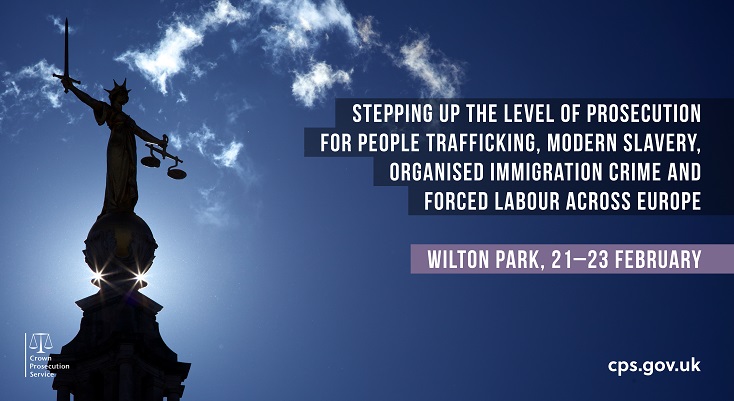 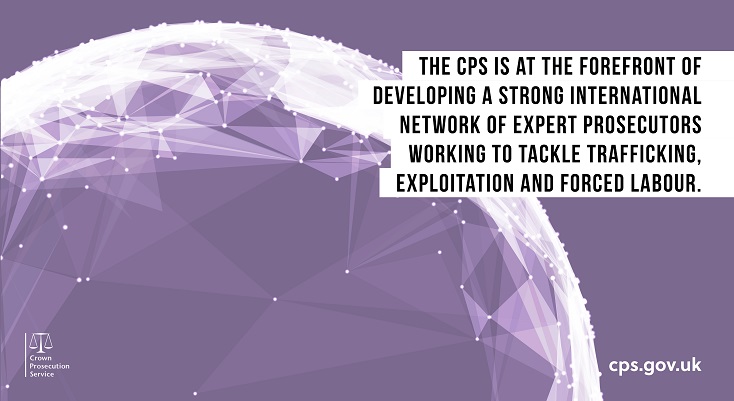 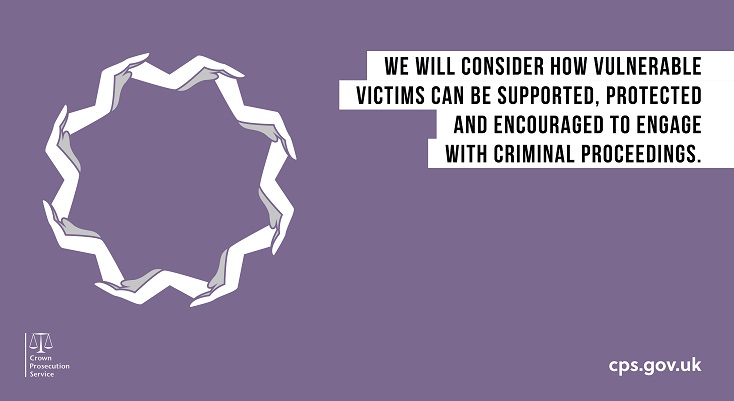 How to report a crime

As part of the CPS #ModernSlavery campaign, we spoke to CPS prosecutors about cases they had prosecuted using the Modern Slavery Act 2015 and other related legislation. They explain in these short videos:

Jim Hope, CPS North East, describes prosecuting a modern slavery case where victims were tricked into travelling to Newcastle with the promise of well-paid work, but had their ID documents, bank cards and most of their wages confiscated by three men.

Lisa Ramsarran, CPS South East, describes a case where two people who arranged for underage girls to be trafficked within the UK for sexual exploitation were convicted.

Nigel Pilkington, CPS South East, describes a case where a man was jailed for four years and was made subject of a Slavery and Trafficking Prevention Order for trafficking 19 women into prostitution.

Here are some recent news stories about Modern Slavery prosecutions:

Four men jailed for conspiracy to import handguns into the UK

Drug smuggler caught with £130m of cocaine on yacht jailed

Bodybuilder and his associates jailed over illegal steroid ring

Man jailed after he was caught with loaded gun

Obtaining evidence and information from abroad

Organised Crime Group: Participating in Activities of an