​A man who claimed disability benefits while working as an Elvis impersonator has been sentenced. 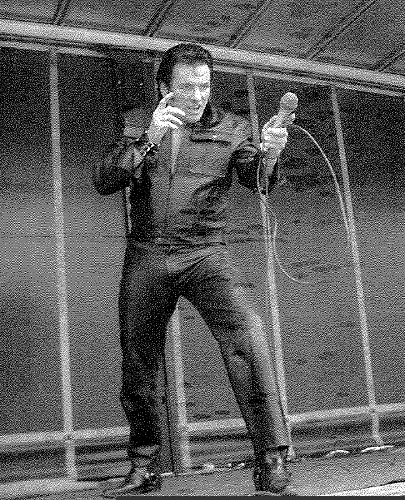 He claimed that health problems, in particular musculoskeletal disease/spinal muscular atrophy (SMA) meant that he had limited mobility.

Yet, at the same time, he was working as an Elvis impersonator and involved in a band called the Prime Mover and was performing under the stage name of Joe Marcel.

Thompson claimed Personal Independence Payment (PIP) from the Department for Work and Pensions and, as a result of his information about his health on the relevant forms, was granted the benefits to help with his daily living.

But the DWP received information about his work as a performer and a criminal investigation was launched.

He was arrested on 15 March 2018 and interviewed at Blackpool police station. He initially denied dishonestly obtaining benefits to which he was not entitled.

But at Preston Crown Court on 1 September 2021 he pleaded guilty to two counts of fraud.

He was given a 20 week jail sentence, suspended for 18 months. He’s subject to an electronic curfew from 8pm to 6am Sunday to Thursday. He is exempt from the curfew on Friday and Saturday nights so that he can continue to do some performances for charity.

Senior Crown Prosecutor George Ward, of CPS Mersey Cheshire’s Fraud Unit, said: “Joseph Thompson exaggerated the extent to which his medical conditions affected his physical mobility and daily living so that he could supplement his income.

“He does have a degenerative muscle-wasting disease. But while he was claiming that he had poor physical mobility, he was working on stage as an Elvis impersonator. It would clearly be difficult to impersonate an artist like Elvis without being able to move around a lot on stage.

“The CPS said that he had cheated the Exchequer out of thousands of pounds and he has now accepted that and pleaded guilty.

“There are a lot of demands on the public purse, particularly at the moment, and people like Joseph Thompson cheat us all out of money that is badly needed elsewhere.”

Fraud and economic crime
@cpsuk
⚖️ A fraudster who used Grindr to meet men for casual sex before robbing and blackmailing them for money has been j… https://t.co/zurB9v3Bys
⚖️ Two men have been imprisoned for their part in defrauding millions of pounds from over 100 victims. Read more… https://t.co/pwqQ9aDCZQ
RT @CPS_NorthWest: ⚖️Andrew Cairns guilty of causing death of 11yr old Ruby Cropper in Aug 2020 in Radcliffe. After he collided with her, h…
We have published the latest round-up of quarterly statistics on prosecutions. This Q2 data release covers the 3-m… https://t.co/chWD9Pdxb3
RT @CPS_Mersey: A teenager has been found guilty of murdering a man with a "Rambo"-style knife in an incident in Cheshire. The youth, who c…
Navigate to tweet 0Navigate to tweet 1Navigate to tweet 2Navigate to tweet 3Navigate to tweet 4
Scroll to top
Close