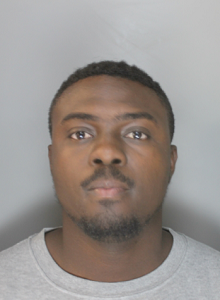 A Liverpool taxi driver who sexually assaulted a teenage girl in his taxi has been jailed for three years.

The Crown Prosecution Service (CPS) said that Saikou Camara, 35, sexually assaulted his then 16-year-old victim when she was a passenger in his taxi on 3 August 2019.

He had stopped to let her use the toilets in the Tesco store in Allerton but when she got back into the taxi he began to assault her.

He had made some inappropriate comments in the lead up to the stop at the Tesco store and the victim had made contact with a friend to say she was concerned.

She texted her friend as the assault was happening too. She repeatedly told Camara to stop.

He eventually stopped and took her to her friend's house. The victim told Camara as she got out of the taxi that she would be ringing the police.

Today (24 June 2022) he was jailed for three years at Liverpool Crown Court. He has been placed on the Sexual Offenders Register for life.

"His victim entrusted him with her safety when she got into his taxi, but he abused that trust and sexually assaulted her. He had no right to treat the victim as he did. He has shown no remorse for his actions.

"The Crown Prosecution Service would like to thank the victim for her courage and determination to see her attacker brought to justice.

"This is one of the key areas of work for the CPS. We hope that the conviction and jailing of this offender helps the victim to move on with her life and sends a message to other potential victims that we will listen and strive to achieve justice.”

Man who sexually assaulted an elderly woman at hospital jailed