A licensee and barmaid who assaulted a suspected thief have been sentenced at Cardiff Crown Court.

Philip-Lee Kinsey, 36, believed the victim had stolen money along with a charity box from the bar of The Lounge in Bridgend.

After persuading the victim to stay with the promise of buying him another drink, the man was then grabbed by two other customers who held him from behind while Kinsey punched him in the face several times and kicked him.

Ria Anthony, 38, worked at the pub and joined in the assault, also punching the victim to the face multiple times. 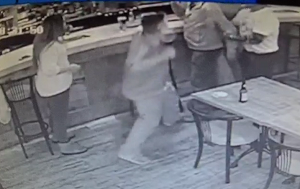 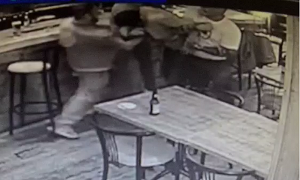 Jeff Mark, of the CPS, said: “Rather than reporting their concerns to the police, the defendants took the law into their own hands, carrying out a cowardly attack on a person unable to protect themselves.

“Vigilante violence is not acceptable and those who try to by-pass the proper justice system are likely to find themselves before the Court facing criminal charges.”

Most cases start with a complaint being made to the police, who will then investigate and provide the CPS with evidence collected. This case was unusual in that regard. CCTV showing the assault was sent to the police but there was no complaint.

Jeff Mark added: “Despite the victim not wishing to make a formal complaint, we were able to build the case based on the CCTV evidence.

“It is possible to charge someone with assault even when the victim’s identity is unknown.”