UPDATE: On 14 October, Salih Khater was given a life sentence and ordered to serve at least 15 years in prison.

A man who deliberately drove his car into cyclists and police officers outside Parliament has been convicted of attempted murder today (17 July).

Salih Khater circled Parliament Square in his Ford Fiesta four times before accelerating into cyclists stopped at traffic lights and then crashing into a police barrier at more than 30mph.

The CPS Counter Terrorism Division which prosecuted Khater said it was reasonable to assume he had a terrorist motive. He selected an iconic site of national importance which had been subjected to terrorist attacks in the recent past.

Jenny Hopkins, from the CPS, said: “It was only quick reactions and good luck that stopped Salih Khater killing anyone when he drove his car into cyclists and police officers outside Westminster. His driving was so precise and determined that it was difficult for skilled accident investigators to repeat the manoeuvre he carried out. Whatever his motives, this was not an accident. It was a deliberate attempt to kill and maim as many people as possible.”

Khater’s defence was that it was an accident.

The Old Bailey heard how the 30-year-old drove to London from Birmingham in the early hours of 14 August last year. He spent the hours before the attack sleeping in his car and then carrying out reconnaissance of the area around Parliament. 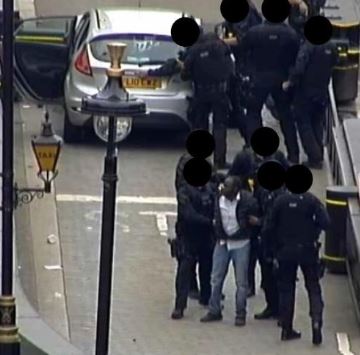 CCTV footage of the incident was analysed by an accident investigator who found Khater deliberately manoeuvred his car over 160 metres but did so with a high level of concentration.

Khater will be sentenced at a later date.

Providing a quality service to victims of bereaved families in terrorist incidents, disasters and multi-fatality cases