A fraudster has been imprisoned today (13 December 2021) for duping a victim out of nearly £400,000 in a payment recovery fraud. 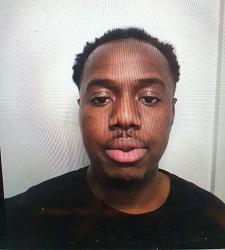 Emmanuel Okunoren received a four and half year custodial sentence for fraud by false representation at Exeter Crown Court.

The Devon and Cornwall police investigation and CPS prosecution demonstrated that Okunoren gained the trust of the victim and deceived them, by falsely claiming that he worked for a company called TMT investments, which was in fact a sham. The victim had originally lost money from a previous wine investment scheme which had not come to fruition.

The defendant identified the victim from this previous investment attempt and exploited his desire to recover his “lost” cases of wine. Okunoren falsely claimed that TMT Investments was able to retrieve the wine from where it was being stored and persuaded the victim that this could be done if significant administration fees and costs were met. As a result, between May 2020 and October 2020, the victim transferred a total of £399,334 to TMT investments in an effort to unlock these problems.

This was a well organised and sophisticated fraud as the victim was duped into making payments to a number of different bank accounts. The money was quickly dissipated either as cash withdrawals or onward transactions. No wine was never recovered.

Okunoren had an unexplained lavish lifestyle funded through cash. HMRC have no records of any legitimate earnings or declared income for him, over preceding years but the police recovered from his flat high-value designer goods such as Rolex watches, thousands of pounds in cash and evidence of substantial spending at Harrods and a holiday to Dubai.

Julie Snell of the CPS said: “Okunoren gained the trust of the victim through a web of lies and deceptions and cynically exploited the vulnerability arising from the victim’s previous losses to an earlier wine investment scheme.

“In reality the defendant did not work for TMT Investment and his claims were nothing more than an elaborate sham to extract as much money as he could from the victim.”

The CPS is committed to working alongside the government and law enforcement to provide a multi-agency response to combat investment fraud.  CPS prosecutors work to seek justice in a variety of cases including those that cause the greatest harm to the public especially vulnerable victims.

Economic Crime Strategy 2025
Our Economic Crime Strategy provides a high-level vision of where we want to be by 2025, helping to focus our work where it really matters. The strategy is supported by a commitment to ensure the right person is prosecuted for the right offence in a timely manner, that victims and witnesses are at the heart of our casework and that any proceeds of crime are recovered. It represents a clear articulation of the role that the Crown Prosecution Service (CPS) will play in contributing to improving criminal justice outcomes in economic crime.
Continue reading Economic Crime Strategy 2025

Fraud is the act of gaining a dishonest advantage, often financial, over another person. It is now the most commonly experienced crime in England and Wales, with an estimated 3.4 million incidents in the year ending March 2017.

More than half of these were cyber-related and the number of fraud and forgery cases dealt with by the CPS has risen by almost a third since 2011.

Fraud and economic crime
@cpsuk
RT @JaswantKNarwal: My local @CPSUK colleagues and I will be joining other organisations at @ReadingCouncil's Older People’s Day tomorrow.…
RT @CPS_NorthWest: Last night our Chief Crown Prosecutor, Martin Goldman, and Inclusion Manager, Yusuf Tai, attended the launch of Black Hi…
RT @CPS_NorthWest: The fundamental role of the CPS is to protect the public, support victims & witnesses & deliver justice. We take all p…
We’re committed to securing justice for all victims of crime. Our new guide for victims explains what you can expe… https://t.co/XUunExjkPN
We understand giving evidence in court can be incredibly stressful. To help give their best evidence, victims can… https://t.co/ZOznuEMxhV
Navigate to tweet 0Navigate to tweet 1Navigate to tweet 2Navigate to tweet 3Navigate to tweet 4
Scroll to top
Close